Gene-sequencing technology that enabled mapping the human genome has also opened up tremendous possibilities in genetic testing and precision medicine. It's also created plenty of "DNA plays" in investing, with stocks such as Illumina (NASDAQ:ILMN) soaring over the past decade.

Illumina stock still looks attractive, but it's not the only opportunity for investors interested in gene sequencing. Qiagen (NYSE:QGEN) and Thermo Fisher Scientific (NYSE:TMO) also stand out as good stock picks. Here's why these three stocks are the top gene sequencing stocks poised for solid growth in the coming years. 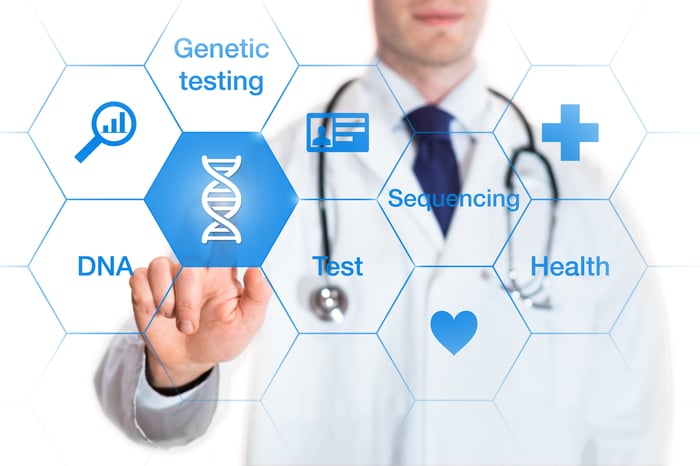 Illumina pretty much belongs in a league of its own. The company is the global leader in gene sequencing and has been for quite a while. In 2016, Illumina generated earnings of $462.6 million on revenue of $2.4 billion, most of which directly stemmed from sales of gene-sequencing instruments and consumables and related services.

The future appears to be bright for Illumina. One reason is that much of the company's revenue is recurring. Last year, two-thirds of Illumina's revenue stemmed from sales of consumables. Demand for the company's sequencing systems should increase as well, especially as more researchers focus on precision medicine. Illumina also continues to set the bar for innovation, demonstrated most recently with the launch of its new NovaSeq system earlier this year.

Wall Street analysts project that Illumina will grow earnings by an average annual rate of 14%. That's slower than earnings growth over the past few years but is still solid. Increased adoption of NovaSeq should enable Illumina to meet analysts' estimates.

Qiagen markets a wide range of products, including next-generation gene-sequencing systems and consumables along with genetic tests for cancer, tuberculosis, and other diseases. The German company reported $80.3 million in net earnings last year on revenue of $1.3 billion.

Although Qiagen's top and bottom lines haven't seen significant improvement in recent years, the company got off to a good start with its first-quarter results for 2017. Two products are key to Qiagen's future success -- QIAsymphony and GeneReader. The former is an automated modular testing platform, while the latter is the company's next-generation sequencing system. Qiagen relaunched GeneReader in the U.S. in late 2016 after developing a new sequencing chemistry that allowed it to avoid infringing on Illumina's intellectual property.

Qiagen is expected to grow earnings by more than 12% annually over the next five years. That's a huge improvement over the company's performance in the past. 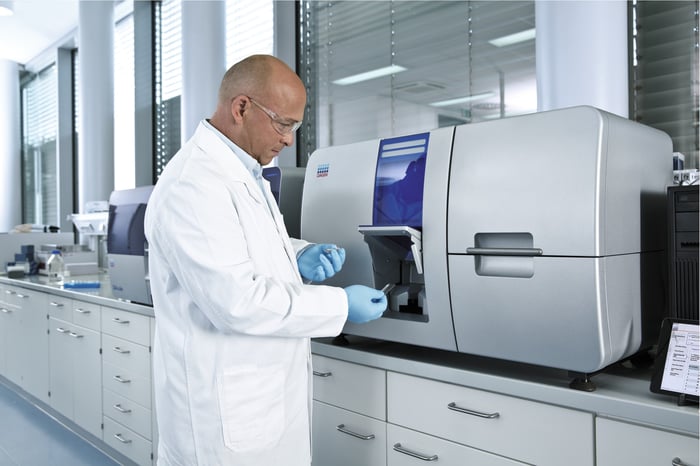 Analysts think Thermo Fisher will grow earnings by nearly 11% annually over the next few years. The company believes it can increase its adjusted earnings per share at a faster rate, with an outlook of 12% to 15% growth helped in part by strong opportunities in the Asia-Pacific region.