But Instagram CEO Kevin Systrom doesn't think of its version of Stories, along with similar formats that debuted on Facebook's WhatsApp, Messenger, and even the core Facebook app, as copying. 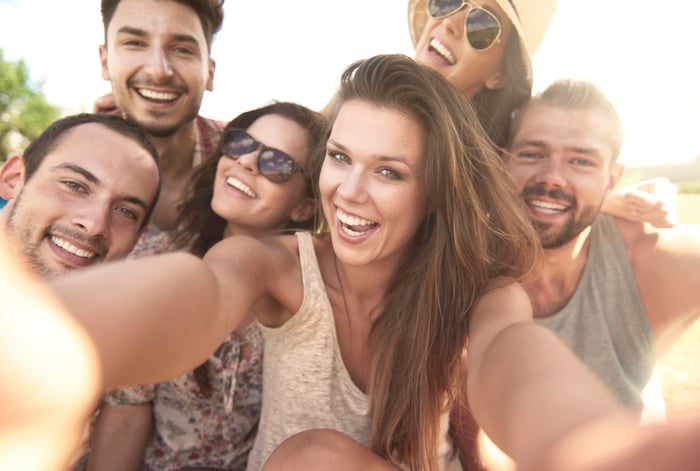 Execution is what's most important

In an interview with the Instagram CEO, The Wall Street Journal's Deepa Seetharaman captured Systrom's annoyance with the media's references to Instagram copying Snapchat.

"Mr. Systrom says he understands the critics," Seetharaman said, "but he disagrees with the idea that Instagram's embrace of emerging features is untoward. Execution matters more than originality, he says. What critics call copying, Mr. Systrom calls competition."

Systrom's annoyance with the idea that Facebook and its social networks copy Snapchat comes after Snap founder and CEO suggested in the company's first quarterly earnings call as a publicly traded company that Facebook is copying Snap's creativity.

"I think the bottom line is, like, if you want to be a creative company you've got to get comfortable with, and basically enjoy the fact that people are going to copy your products if you make great stuff," Snap CEO Evan Spiegel responded (via a Reuters transcript) when asked whether Facebook's assault on Snap with Stories-like formats for all of its social apps is scaring him.

But the biggest insult to Facebook came when Spiegel turned a question about Facebook copying Snap into an analogy with Yahoo! attempting to imitate Google's search strategy: "And I think, at the end of the day, just because Yahoo!, for example, has a search box, it doesn't mean they are Google."

Systrom clearly disagrees about Instagram being the underdog in this battle. He's less focused on how copying is defined and more honed in on execution. And Facebook's Instagram has some numbers to back him up. Is Snapchat really the king of the smartphone camera?

Going a step further, Facebook's Instagram, specifically, is undeniably just as much of a camera app as Snap is a camera company; and Instagram isn't the underdog. Instagram has 700 million monthly active users, making it one of the world's largest social networks. And Instagram's total daily active users were 300 million as of the social network's last update on the key metric -- and this was before Instagram launched its successful Stories format.

With Instagram already crushing Snap in terms of its user base, Snap may want to rethink which side of Spiegel's analogy it's on. The camera already found a more dominant role in a greater number of users' lives across Facebook's apps than it has on Snapchat.