Shares of CalAmp Corp. (NASDAQ:CAMP) are up more than 30% so far in 2017, most recently with the help of a 14% single-day pop after the machine-to-machine communications specialist announced solid quarterly results in April.

So how long can CalAmp keep this up? And with shares trading near a fresh 52-week high, should CalAmp investors be worried about losing those gains? 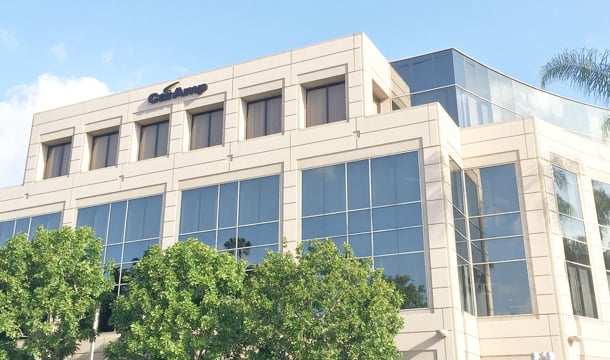 For one, consider the context of CalAmp's recent outperformance -- namely, that it didn't stem directly from a big quarterly win. Revenue last quarter climbed a healthy 21.6% year over year to just over $86 million, even after accounting for $12 million in revenue during the same year-ago period that came from the since-shuttered satellite business. On the bottom line, that translated to adjusted net income per share of $0.28. Both figures were near the middle of management's financial guidance, which called for revenue of $84 million to $89 million and adjusted earnings per share of $0.25 to $0.31.

CalAmp didn't offer any big surprises in its forward guidance, either. For the current fiscal first quarter of 2018, the company anticipates revenue of $84 million to $90 million and adjusted EPS of $0.24 to $0.32. Both figures were roughly in line with Wall Street's models.

Accelerating on a global scale

So why the post-earnings optimism? As I noted shortly after the earnings report in April, during the subsequent conference call, management gave investors plenty of reason to be excited for the future.

"Looking further ahead to fiscal 2018," stated CalAmp CFO Rick Vitelle, "we expect our business to strengthen as the year progresses, driven by growth in MRM telematics product revenues and our recurring revenue both domestically and with LoJack Italy."

CalAmp only completed the integration of LoJack last quarter, and it formally acquired the vehicle-recovery specialist just over a year ago. LoJack, for its part, delivered healthy revenue of $117.5 million last fiscal year. But we also can't forget that CalAmp recently unveiled the nationwide availability of the first LoJack-branded telematics services, LotSmart and SureDrive, this past January. Around the same time, CalAmp leveraged LoJack's technology to propel itself into the multibillion-dollar cold-chain and supply-chain visibility market with its new CalAmp Supply Chain Integrity platform.

Then in March, CalAmp unveiled AssetOutlook, a next-gen telematics application to optimize construction operations. In particular, AssetOutlook shows promise for expanding CalAmp's ties in the heavy-equipment industry outside its primarily relationship with Caterpillar, which singlehandedly resulted in nearly $30 million in sales last year.

CalAmp CEO Michael Burdiek further noted that recurring software and services revenue climbed 39% last fiscal year, to $59.4 million. And with its recent product launches, the company is on pace to reach $100 million in recurring revenue "within the next few years."

International expansion has been a focus area for the company, and over the course of fiscal 2017 we also transformed CalAmp into a growing global enterprise. As one indication of this, our fiscal 2017 revenue from customers outside the United States reached $91 million, or 26% of consolidated revenue, with record revenues generated in Europe along with substantial growth in Latin America. Over the next several quarters, we expect to make continued progress on the international front, supported by investments and channel initiatives in both existing markets and newer unpenetrated regions.

Plenty of work to do

To justify its recent rise, CalAmp will need to deliver on its promise that the business will gain strength as this fiscal year progresses. But with shares trading at just 13.7 times this year's expected earnings, and with plenty of new products in the pipeline to drive that strength, I think CalAmp stock could still be a bargain for investors willing to put their money to work in these early stages of its long-term story.