Is your income on the rise? Here are three great stocks you can buy to celebrate.

The unemployment rate has slowly declined as the Great Recession fades into memory. With the official number finally under 5%, employers are finally feeling pressured to put more money in their employees' pockets to encourage retention. That's great news, since it means more consumers have discretionary income to spend on a few of life's luxuries.

So what companies are poised to benefit from this trend? We put that very question to a team of Fools, and they picked Starbucks (SBUX 0.13%), Cedar Fair (FUN 1.68%), and Gaming and Leisure Properties (GLPI 1.52%). 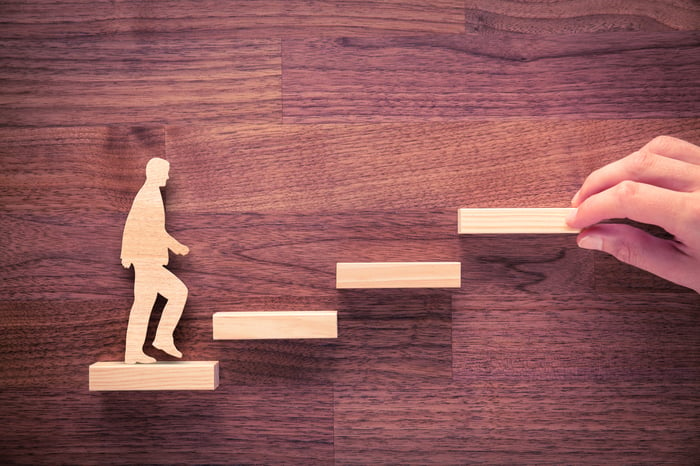 Splurge for a brand name

Demitri Kalogeropoulos (Starbucks): Starbucks has been a phenomenal long-term investment for shareholders who simply held on as the beverage giant made itself a popular stop for consumers with enough cash to pay a bit extra for a premium cup of coffee. No, the stock hasn't moved much in the past year, as Wall Street worried over slowing customer traffic trends in the core U.S. market. But while there are good reasons to believe growth at home will speed back up again, Starbucks' international expansion is an even better reason to like this dividend stock.

The restaurant chain aims to boost its store count by 50% over the next five years, with a full quarter of those gains occurring in just one market: China. That country is home to what's likely to be a huge class of consumers with rising incomes who will be increasingly tempted by Starbucks' growing menu of coffee, tea, and food offerings.

The company's latest crop of stores in China have been its most profitable to date, but they still trail their U.S. rivals by a wide margin. Average annual revenue per cafe recently clocked in $840 million, compared with $1.6 million for domestic locations. Investors who find themselves with extra income might consider directing some of their savings toward Starbucks stock. That way, you can capture a piece of the financial benefits as the company's international business matures toward its U.S. levels of sales and profitability.

A roller-coaster ride that investors can look forward to

Cedar Fair currently owns and operates three water parks and 11 amusement parks around the United States. Last year, the company welcomed more than 25 million guests to its parks, but with new attractions on the way and more money in its customers' pockets, this number looks poised to rise again in 2017. When combined with the rollout of adaptive pricing models, Cedar Fair looks poised to have a very prosperous year.

That's great news for income investors, since Cedar Fair is organized as a master limited partnership. That means the company must pass on the majority of its profits back to investors in the form of a dividend to qualify for favorable tax treatments. And deliver profits it has, as the stock has performed well over the past few years:

With the economy on firm ground and park expansions on the way, Cedar Fair looks well positioned to crank out an ever-growing stream of profit. Throw in a dividend yield of 4.8%, and perhaps you'll understand why I think this is a great stock for those moving up in the world to buy.

Travis Hoium (Gaming and Leisure Properties): When you get a little extra spending money, it can be tempting to go to a casino and try your hand at slots or table games. But rather than losing money at the casino, Gaming and Leisure Properties allows you to make money off the casino. The company is a real estate investment trust (REIT) formed by Penn National Gaming (PENN 1.54%) to hold its real estate while Penn focuses on the gambling side.

The REIT structure means Gaming and Leisure Properties has long-term leases with Penn National that will generate revenue from the gaming business, but investors don't have to take on the ups and downs that can come with investing in gambling.

The best part of Gaming and Leisure Properties is that it's currently yielding 6.8% from its dividend and the long-term lease ensures that cash flow will be coming in for years to come. Gambling may be a tough place to invest, particularly in Penn National's regional markets, but Gaming and Leisure Properties gives investors steady cash flows of a REIT with a little flair from a casino. It's an ideal investment for those moving up in the world.