It seems like copying Snap (SNAP 7.07%) is all the rage these days. Facebook is easily the most direct competitor to do so, notably with considerable success. Messaging services have been a major battleground for years for the tech heavyweights, including Microsoft (MSFT 0.07%), which acquired Skype for $8.5 billion in 2011. Skype has always been closely associated with video and audio calls, but messaging has evolved quite a bit since the service's inception in 2003.

Microsoft announced a complete redesign of Skype yesterday, and the software giant is the latest to take a page out of Snapchat's playbook. 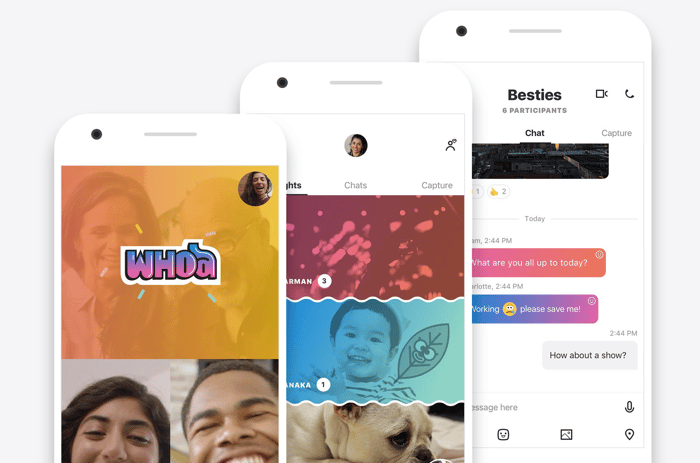 Skype is getting a new interface that heavily emphasizes regular text-based messaging. The new additions, including customizations and a cleaner design aesthetic, are mostly table stakes in 2017. You can now add emotive reactions to any message or video call, as well. The unshakable comparisons to Snapchat come from two specific new features: Capture and Highlights.

Capture takes users to the camera, allowing them to take photos or videos that can then be shared. Users can then add a variety of stickers, text captions, and annotations before being sent, much like Snapchat.

Highlights takes the replication one step farther, and closely resembles Snapchat Stories. Users can organize a series of photos and videos into a specified order before sharing.

It's worth noting what Microsoft is not copying: Snapchat's characteristic ephemerality. There's no mention of disappearing content in the redesigned version.

Why is Microsoft doing this?

The most obvious reason is relevance. As mentioned above, messaging has become a critical strategic aspect of how tech companies attract and retain users, since it's such an important way that people communicate with each other. Skype still feels like an antiquated brand, especially compared with what rivals now have to offer.

There's also the fact that the price tag for Skype was utterly massive, and translated into Microsoft recording over $7 billion in goodwill on its balance sheet related to the acquisition. This is from a 10-Q in 2011, after Microsoft finalized the accounting of the deal (emphasis added):

The goodwill recognized in connection with the acquisition is primarily attributable to our expectation of extending Skype's brand and the reach of its networked platform, while enhancing Microsoft's existing portfolio of real-time communications products and services. We preliminarily assigned the goodwill to the following segments: $4.2 billion to Entertainment and Devices Division, $2.8 billion to Microsoft Business Division, and $54 million to Online Services Division. Skype was consolidated into our results of operations starting October 13, 2011, the acquisition date.

If Microsoft fails to realize Skype's value by "extending Skype's brand and the reach of its networked platform, while enhancing Microsoft's existing portfolio of real-time communications products and services," then that goodwill will need to be impaired, and the company will have to eat a massive one-time charge (recorded on the income statement during the quarter in which it's recognized).

That's a fate that Microsoft wants to avoid.