Only a handful of companies make fighter jets -- and fewer still are worth investing in. Got hundreds of millions of dollars to toss around? Then like the U.S. government, you can hire Lockheed Martin (LMT 0.41%) to design and build you an F-22 Raptor stealth fighter -- widely considered the most capable air-superiority combat jet in the world. (Of course, if you cut your production run short before efficiencies of scale kick in, the planes end up costing $412 million apiece.)

The same $412 million could buy you a handful of Boeing's (BA -1.59%) perfectly serviceable fourth-generation F/A-18 or F-15 fighter jets, retailing for about $100 million a pop. Or alternatively, if you're buying on a budget, you might enjoy a nice Soviet-era Sukhoi Su-34 Fullback ($18 million).

Depending on what each nation needs, various buyers pick various warplanes and various price points. But which are the most popular combinations today? Let's find out. 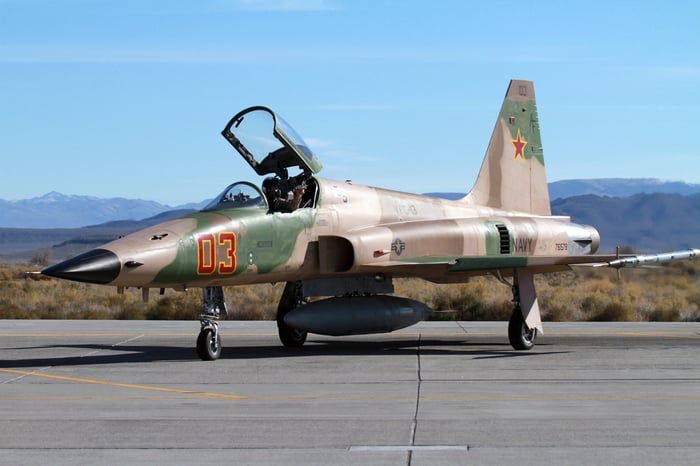 Northrop Grumman's F-5 Tiger is no longer in production (hence the really old photo), and its numbers are fading fast. As recently as last year, FlightGlobal's World Air Forces 2017 report put the number of F-5s in service globally at 482. Today, that number has fallen to just 416, which is still enough to make up 3% of all fighters in operation around the world.

9. Chengdu J-7 Fishbed (only sold in China and no longer in production) Tied with the F-5 at 3% global market share is No. 9, the Chinese J-7 fighter jet. It's actually China's version of the old Soviet MiG-21, and is no longer produced. Still, all 418 "Fishbeds" cited in last year's survey remain in service today. The export version of China's J-7 is dubbed F-7, and it's likewise a twin to Russia's MiG-21. The global population of F-7s declined by nine planes over the past 12 months, and now stands at 450 aircraft, giving the F-7 a 3% market share as well. 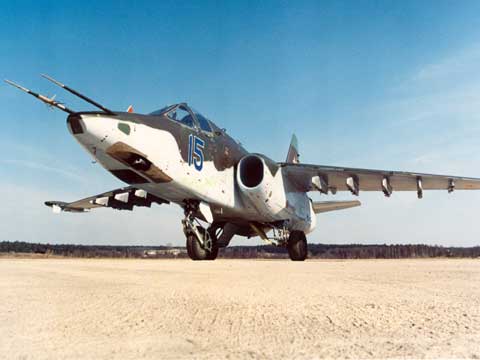 Rounding out the list of fighter jets with roughly 3% global market shares is Sukhoi's Su-25 Frogfoot, Russia's answer to the tank-busting American A-10 Thunderbolt II "Warthog." With 511 units in service, however, there are nearly twice as many Frogfoots (Frogfeet?) flying around the globe as there are A-10s. 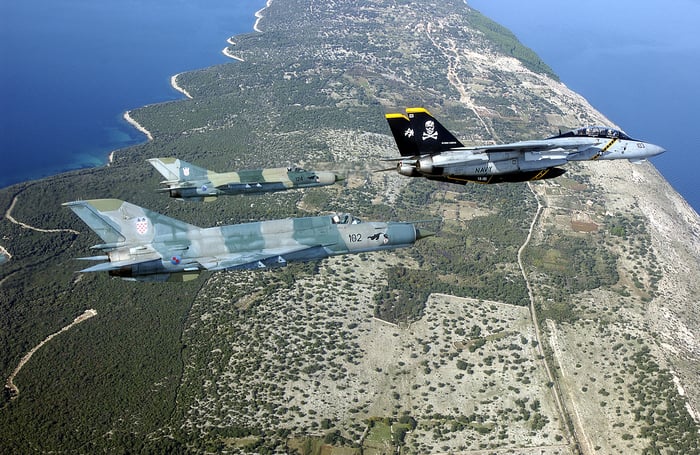 The global population of operational MiG-21s continues to dwindle, falling 31% from 793 in 2013 to just 547 today. Pretty soon, these MiGs will be collector's items -- in fact, they may already be. It seems you can sometimes buy a used MiG-21 on eBay for about 25 grand.

The MiG-21 still commands 4% market share globally, and if you include its "twins" -- the Chinese J-7s and F-7s -- there are 1,415 MiG-21 lookalikes in service today. Counted that way, this would be enough to make the MiG-21 the world's No. 2 most popular fighter jet. Awhile back, we mentioned that a new variant of the MiG-29, dubbed the MiG-35D, was slated to enter service in 2016, giving a new lease on life -- and increased market share -- to the Moscow warbird. That's now happened, and the world's most advanced MiG has enjoyed a market share boost to 6% (829 planes) as a result. 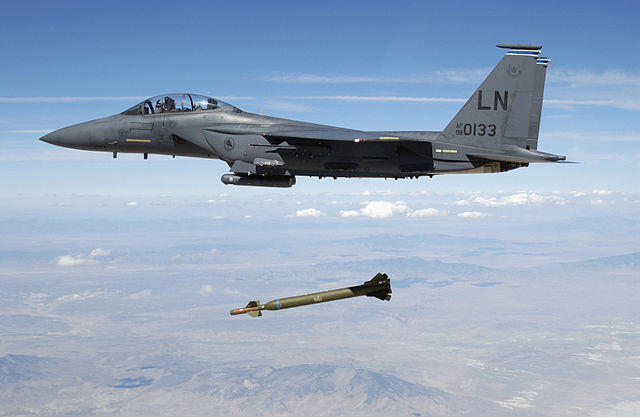 Losing more and more international fighter jet competitions through a combination of high cost and low stealth, Boeing's F-15 is down, but not out. With 874 planes in service, the F-15 still retains a 6% market share. What's more, that share is expected to grow.

Late last year, the U.S. Defense Security Cooperation Agency (DSCA) notified Congress of a pending sale of 72 F-15QA fighter jets to Qatar -- the first such foreign sale noted in several years, and for a whopping $21.1 billion purchase price. (That works out to $292 million per plane, a far steeper price than other countries have been asked to pay.) 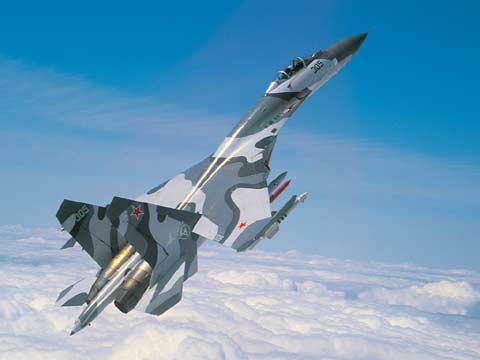 Last-minute deals negotiated under the Obama Administration to sell advanced fighter jets to Persian Gulf allies have salvaged Boeing's fighter-jet business. Not only will Boeing get to keep building F-15s, but its powerful F/A-18 Super Hornet franchise also appears to have been revived. Simultaneously with the announcement of the F-15 sale to Qatar, DSCA announced a sale of 32 F/A-18E fighter jets and eight more advanced F/A-18F fighters to Kuwait for a total cost of $10.1 billion.

With 1,071 F/A-18 fighters of various configurations in service, and a 7% worldwide market share already, Boeing's F/A-18 looks set to make up a larger proportion of world air forces in years to come. 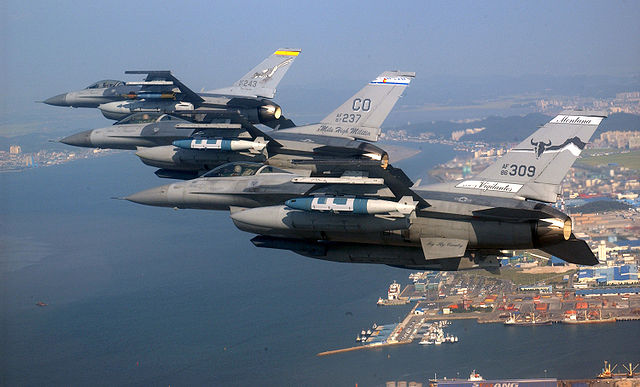 And last (first?), but not least, for the fourth year running, Lockheed Martin's modestly priced F-16 Falcon tops the rankings in this year's edition of FlightGlobal's report. With 2,312 planes in active service, the F-16 remains the most popular fighter jet on the planet, making up 16% of the world's air forces.

Theoretically, that could change as F-16s age out of service, and are gradually replaced by Lockheed Martin's newer (but more expensive) F-35 Lightning II stealth fighter jet. Then again, India is said to be in negotiations with Lockheed about a deal to produce hundreds of F-16s locally -- which could keep Lockheed Martin at the top of the rankings of the most popular fighter jets for years to come.

Why investors care about fighter jets

So why is this important to investors in the defense industry? It works like this: the more planes a company sells, the broader the base over which it can spread research and development costs, and the less it must charge per plane.

And the cheaper the plane, the easier it is to sell more planes, growing market share further. Thus the effect snowballs.

Now, Lockheed Martin has sold more than 4,500 F-16s around the world. That's not surprising, because it's one of the most cost-effective warplanes in our inventory, costing just $21,450 per flight hour.

Half of these F-16s are still flying, and generating services, maintenance, and upgrades revenue for Lockheed -- and according to data from S&P Global Market Intelligence, earning Lockheed's shareholders better than 10.5% operating profit margins. Additional F-16 sales to India would help keep that plane at the top of the rankings -- and generating profits -- until the F-35 is ready to take its place.

In that regard, Lockheed appears to be making progress with the F-35. Recently, the U.S. Air Force inked a deal with Lockheed pricing new F-35A fighters at less than $95 million each. If it can keep driving prices down while ramping sales up, then one day soon, we should see the F-35 make its debut on this list -- perhaps not next year, but soon.