Please ensure Javascript is enabled for purposes of website accessibility
Log In Help Join The Motley Fool
Free Article Join Over 1 Million Premium Members And Get More In-Depth Stock Guidance and Research
By Eric Volkman - Jun 4, 2017 at 9:36AM

Aylwin Lewis will exit the company in August.

Potbelly (PBPB -1.12%) announced that it will soon have a new leader. In a regulatory filing, the sandwich shop operator said that Chairman and CEO Aylwin Lewis is to vacate both positions on Aug. 8. The company wrote, "Mr. Lewis' departure from Potbelly is not related to any disagreement with Potbelly or with Potbelly's operations, policies or practices."

It did not provide a reason or reasons for the departure.

Lewis has been Potbelly's leader for nearly a decade. The company said it has launched a search for a new CEO. 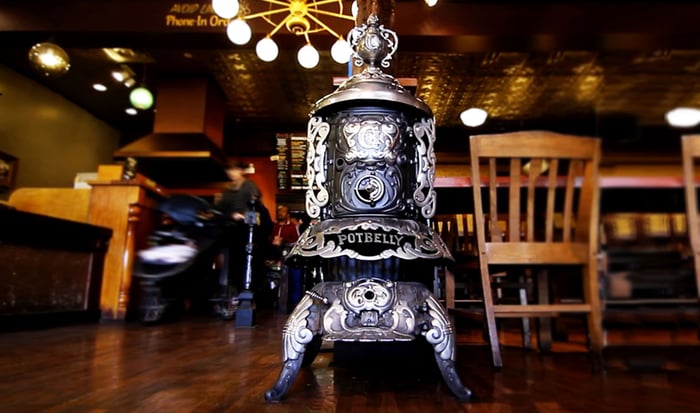 Potbelly's recent results haven't lit the stock on fire. That's an understatement; following the company's first-quarter earnings release, the share price got a serious chop. It was no wonder -- a 6% year-over-year increase in revenue didn't paper over a company-operated same-store sales figure that went south by over 3%. And although adjusted net income of $1.3 million was 16% higher, it only met the average analyst estimate and represents a margin as thin as a deli slice.

Potbelly also trimmed its guidance for full-year, per-share profitability, and said it now anticipates a drop in comps in the low single-digit percentages. A company active in the hot fast-casual segment that has been on the scene for several decades should probably be posting more encouraging results and forecasts.

Lewis' departure might cheer investors who believe a refreshment in leadership can help turn Potbelly's fortunes around. But the company has serious fundamental challenges that probably won't be solved by a simple CEO transition, so I'd say its stock is best avoided for now.