These beaten-down small-cap stocks are priced to sell.

Mega-cap companies valued in the hundreds of billions of dollars tend get most of the attention on Wall Street. For investors interested in small-cap stocks, that's actually a blessing. The less notice a stock gets from investors and analysts, the higher the chance it could be meaningfully mispriced. A good place to look for bargains is where no one else is looking. 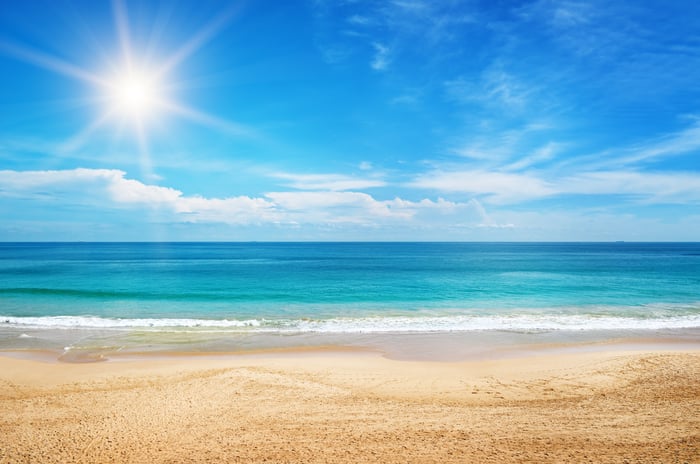 Shares of footwear manufacturer and retailer Skechers tumbled in late 2015 after the company's impressive growth started to slow. The stock bottomed out below $20 late last year, but the market's pessimism proved to be overdone. A near-50% surge since then has rewarded investors willing to bet that slowing growth wasn't the end of the world. 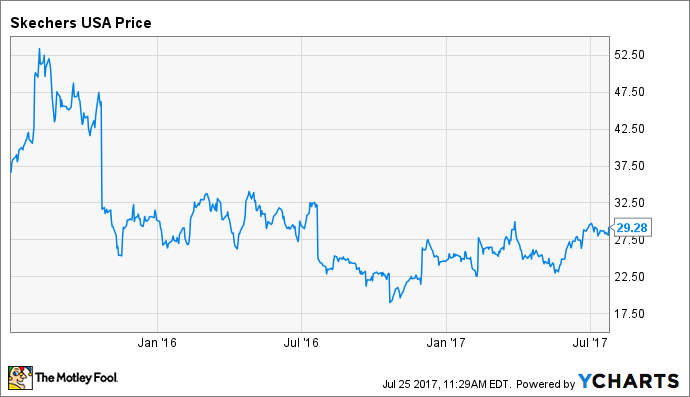 Skechers reported its second-quarter results on July 20, and after some fluctuations the stock remained largely unchanged despite the company's accelerating revenue growth. Total revenue jumped 17% year over year, driven by a 6.4% increase in the domestic wholesale business, an 18.6% increase in the international wholesale business, and a 28% increase at company-owned retail stores worldwide. Retail comparable sales soared 7.1%, an impressive figure given the trouble many retailers are having growing sales.

The downside to this growth was higher costs. Skechers spent more on advertising both domestically and internationally to support this growth, and general and administrative expenses jumped thanks to store openings, increased costs in China, and expansion into new categories. Earnings per share dropped 21% year over year to $0.38.

With the market seemingly worried about the bottom line, now is a good time to buy Skechers. Growth is starting to pick up, with both the domestic and international businesses performing well. Analysts expect EPS of $1.56 this year, putting the P/E ratio at 18. That ratio drops to about 15 if the $680 million of net cash on the balance sheet is backed out. With Skechers growing at a double-digit pace once again, and with the bottom likely to catch up with the top line down the road, the stock looks like a compelling proposition.

Sticking with footwear, retailer Foot Locker has seen investor sentiment shift dramatically in just the past few months. The stock has tumbled more than 40% since early May, driven down by a somewhat weak earnings report and news that Nike would start selling directly on Amazon. 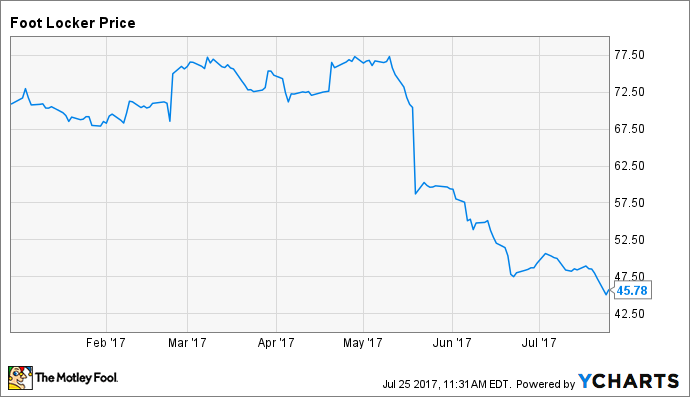 The narrative that Amazon is killing brick-and-mortar retail is creating some bargains, and Foot Locker looks like a prime example. The stock now trades for less than nine times earnings, and that ignores its rock-solid balance sheet. Back out the $922 million in net cash, and the P/E ratio drops below 8. This valuation seems pessimistic, especially since Foot Locker still managed to grow comparable sales by 0.5% during the first quarter, a far better result than the declines that many retailers are suffering.

The online business is also performing well. Foot Locker produced $279 million of online sales during the first quarter, 14% of total revenue, with comparable sales growing by 12.1% and segment profit margin of 15.1%. The online business is, surprisingly, generating higher margins than the store business.

There are certainly risks associated with investing in Foot Locker, the main one being uncertainty over which retailers will ultimately survive the shift to e-commerce. But if you're going to bet on a retailer, going with one that has a large net cash position and is still producing sales growth is a good idea. Foot Locker fits the bill.

The restaurant business is tough. Potbelly, a chain of sandwich shops, has not performed well as a public company. The stock is down 63% from its peak, with slumping comparable sales partly to blame. During the latest quarter, comparable sales fell by a whopping 3.1%. Current CEO Aylwin Lewis, after nine years at the helm, will be leaving later this year. New management may be what it takes to turn the company around. 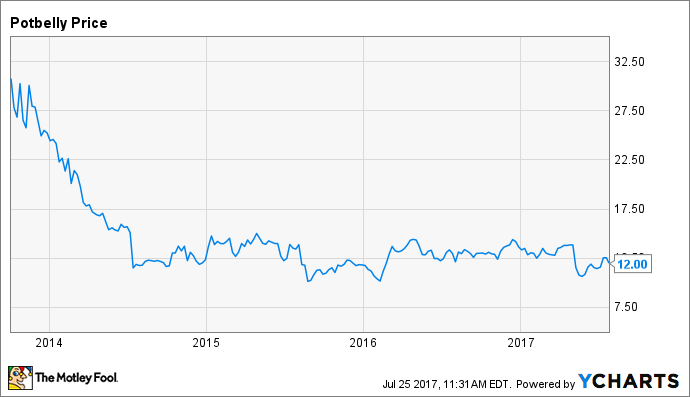 Potbelly is profitable, producing $8 million of net income in 2016 on $407 million of sales. But comparable sales will need to start growing to push margins higher. One thing that could benefit Potbelly (and all other fast-casual chains) is the resurgence of food safety issues at Chipotle. A norovirus outbreak and reports of mice in one restaurant could help push customers to competitors.

The main reason to invest in small restaurant chains like Potbelly is the chance that they become large restaurant chains. Potbelly operates 413 restaurants, with another 51 franchised, so there's plenty of room for expansion in the coming years. And with the stock beaten down, investors can buy shares at a price-to-sales ratio of less than 1. Potbelly is currently valued at about $300 million, well below the $407 million of revenue produced last year. For comparison, Chipotle stock currently trades for 2.5 times sales, even after the beatdown it's received.

Potbelly is the riskiest of these three small-cap stocks. But it could turn out to be a great investment if the company can turn things around.