A little over a year ago, the active rig count in the lower 48 hit its lowest point in more than a century. It proved to be a very challenging time for land drillers as nearly every company across the board posted significant losses. Since then, things have improved considerably, and over the past six months or so, business has been booming. Helmerich & Payne even noted on its first-quarter conference call that it was putting new rigs into the field at a rate of one every 52 hours. 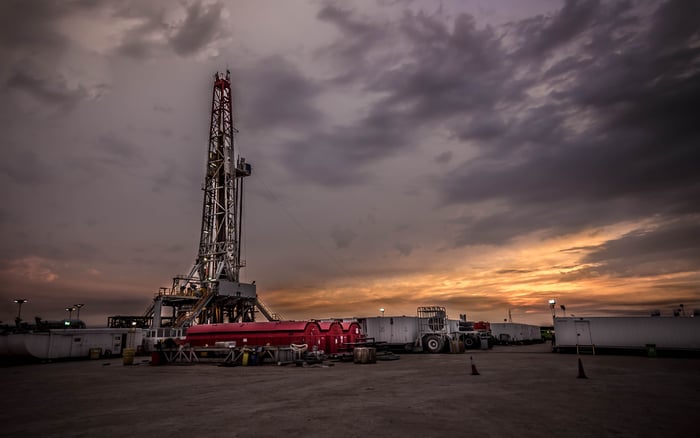 The one frustration that investors have had with this period of rapid expansion is that higher revenues haven't quite translated to bottom-line results. All that idle equipment means that dayrates for recently deployed rigs have been lower than usual, and the costs of prepping idle equipment for service has prevented a strong bump in net income. With this in mind, it wouldn't take much bearish sentiment for investors to jump ship on rig stocks in general.

On May 23, investors received that catalyst when Goldman Sachs downgraded the entire land rig sector. The theory behind the downgrade was that the pace of new rigs going into the field was going to plateau as higher contract service costs and flat oil prices will make it less lucrative to add new equipment to the field. 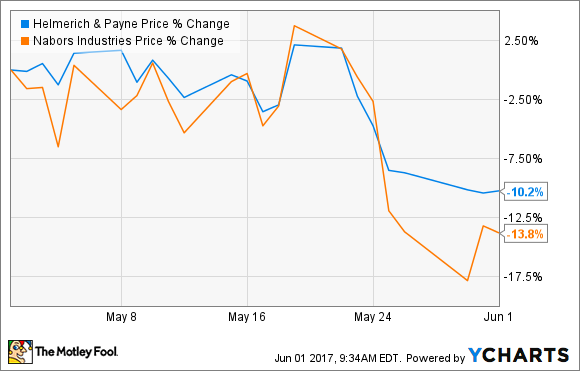 Investing in land rigs looked to be one of the best ways to play the shale renaissance that has been going on in the oil patch, but that hasn't quite turned out to be a short-term investing win.

On the flip side, this could make for a great buying opportunity for long-term-minded investors. As rig deployments slow down, rig companies will be able to cut down on those reactivation costs, and those costs will be spread over a higher amount of revenue thanks to those rigs in the field. It's entirely possible that in the next couple of quarters we could see some considerable margin expansion for rig companies such as Helmerich & Payne and Nabors.

Of these two, the one worth watching is Helmerich & Payne. It is in a much better financial position, its rig fleet that's capable of handling the complex jobs associated with shale is considerably larger than that of any other land driller, and the company pays a hefty dividend that yields 5.3% today. This downgrade looks a little short-sighted, and it could reopen the buying window for rig stocks.