There's certainly something comforting about investing in stocks based in your home market. After all, you likely have a better handle on the financial regulations and competitive landscape in the country in which you live.

Yet that doesn't mean we should dismiss foreign stocks entirely. For one, many international economies possess far greater growth prospects than that of the United States. Secondly, these emerging markets can also provide investors with opportunities to diversify their holdings, thereby lessening their exposure to any one country or region and reducing the overall risk of their investment portfolios.

The challenge, of course, is identifying the best stocks within these developing markets -- those that possess both dominant competitive positions and massive untapped market opportunities. Fortunately, we can invest in one such business today. Read on to learn more about it. 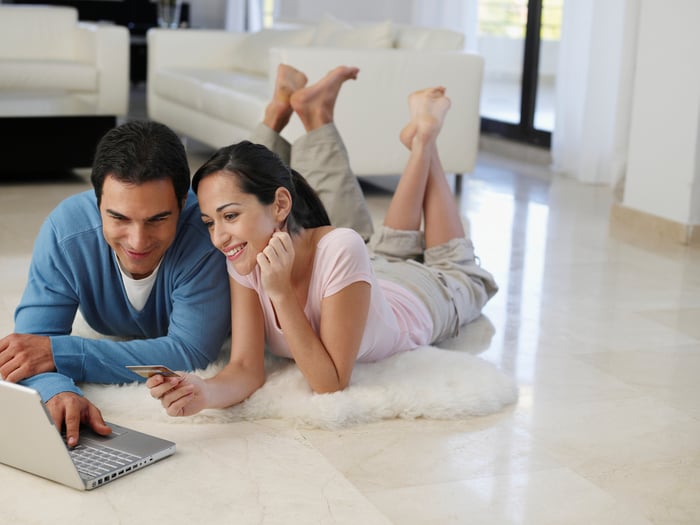 Long known as the eBay (NASDAQ:EBAY) of Latin America, MercadoLibre initially focused primarily on online auctions and a payment service similar to PayPal. In fact, MercadoLibre was so successful that eBay decided to stop competing with it and instead became an investor in and advisor to the Latin American e-commerce leader.

Recently, MercadoLibre has become increasingly Amazon-like, offering more fixed-price sales and shipping services. However, unlike Amazon, MercadoLibre doesn't hold its own inventory and instead sells only third-party goods. In turn, MercadoLibre sports impressive profit margins -- to the tune of 23.1% in the first quarter -- compared to Amazon's historically sub-5% margins.

Yet like Amazon, MercadoLibre's growth is remarkable. Despite serious economic woes in two of its core markets -- Brazil and Argentina -- MercadoLibre's first-quarter revenue surged more than 70% to $274 million, while pre-tax income soared 87% to $70 million. Fueling this torrid growth was a 20% increase in unique buyers and a nearly 40% jump  in items sold.

More people buying more often -- that's a powerful trend that should propel MercadoLibre's results for the foreseeable future. Only about 60% of the more than 600 million people in Latin America currently use the internet. That's up from approximately 50% in 2013, but still far below the nearly 90% internet penetration rates seen in North America. Moreover, less than 3% of total retail sales in Latin America were conducted online in 2016, compared to more than 8% in the U.S. And so, even after nearly two decades of impressive growth, MercadoLibre has only just begun to fulfill its massive market opportunity.

Still, the bears may balk at MercadoLibre's valuation. At nearly 13 times sales and 80 times trailing earnings, the stock is not cheap. Yet when viewed on a forward basis -- MercadoLibre trades at 44 times analysts' estimates for 2018 -- the stock's valuation appears much more reasonable, particularly when considering its powerful network effects, highly profitable operations, and five-year projected EPS annualized growth rate of 33%.

In fact, MercadoLibre's current $12 billion market cap likely significantly understates its ultimate growth potential as the dominant platform in a Latin American e-commerce market that's forecasted to grow to $85 billion by 2019, according to Statista. As such, investors who buy shares in MercadoLibre today are likely to be well rewarded in the years ahead.