Please ensure Javascript is enabled for purposes of website accessibility
Log In Help Join The Motley Fool
Free Article Join Over 1 Million Premium Members And Get More In-Depth Stock Guidance and Research
By John Maxfield - Updated Jun 7, 2017 at 10:46AM

Given everything that’s going on in Washington, D.C., right now, savvy investors will be watching the VIX closely.

At any given time, the things that investors should be watching closely will change. Just a few months ago, I would have told you that interest rates were the thing to watch, as rates are inversely correlated to stock prices. The thing to watch right now, however, is the Chicago Board Options Exchange Volatility Index, or more commonly known as the VIX.

As its name implies, the VIX measures volatility in the stock market. More specifically, it measures expectations about volatility over the next 30 days. It's discerned from the trading activity of puts and calls -- derivatives that allow investors to bet on the direction of the market or individual stocks.

The VIX is currently at one of its lowest levels ever. The last time it was this low was in 2006 and 2007, after which volatility in the market accelerated into the financial crisis. This caused the VIX to shoot up by a factor of roughly six, going from around 10 to over 60. 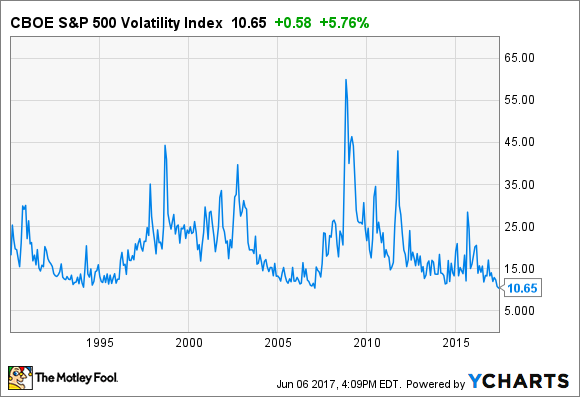 Why would the VIX be so low now? I don't know the answer to that definitively, but here's what I think. In the first case, volatility tends to drop in and around May. You know the saying "Sell in May and go away"? The insinuation is that traders take vacation starting in May and therefore step away from the stock market, leading to lower volatility.

And in the second case, it's my belief that policy considerations are playing into the VIX's eerily low level. When Donald Trump unexpectedly prevailed in the presidential election, many people thought he'd usher in a wave of prosperity, fueled by tax cuts, deregulation, and fiscal policy. This led to a surge in the stock market, and, as best as I can tell, a complacency in the market.

We're now starting to see, however, that achieving these policy objectives may not be so simple. This is particularly the case given the distraction of the multiple investigations into whether Trump's campaign team colluded with Russian officials through the course of the presidential election. 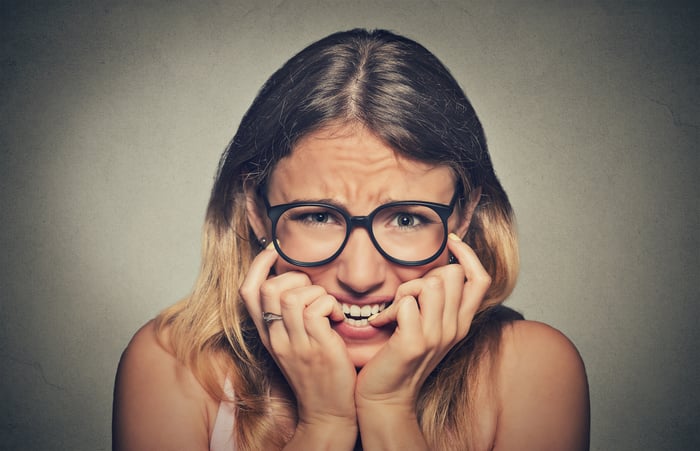 "There's no doubt that keeping members focused on investigations detracts from our legislative agenda and detracts from what we're trying to deliver to the American people," Marc Short, Trump's White House director of legislative affairs, said on Monday.

Republican Senator Lindsey Graham was even more blunt. "In all honesty, I think it's a stalled Congress," said Graham. "So the President's going to have to lead. Tweeting doesn't help, but Congress is more broken than just his tweets."

As this unravels, it seems reasonable to think that equity prices could be hurt as well. After all, large-cap stocks are up 15% since the election, catalyzed largely by the policy promises made on the campaign trail that are now disappearing into the distance.

Moreover, as things heat up in Washington, D.C., and particularly around the Russia investigation, it seems reasonable to think that the VIX will start to head higher, as it has already today, up 6.5% at the time of writing.

In short, if you want to have your finger on the pulse in terms of what's going on right now, I recommend that you watch the VIX. While it won't tell you everything, it offers insight into how rocky the road ahead may be.