Shares of intermodal container supplier manager and lessor Textainer Group Holdings (TGH -0.94%) crashed 25.4% lower in the month of May.

Blame earnings for the collapse. On May 4, Textainer reported earnings for its fiscal first-quarter 2017, fessing up to a 9% decline in sales that led to a $0.12-per-share loss -- nearly twice as bad as the previous year's first-quarter loss. Textainer shares proceeded to drop 33% in two weeks before clawing back some of their losses more recently. 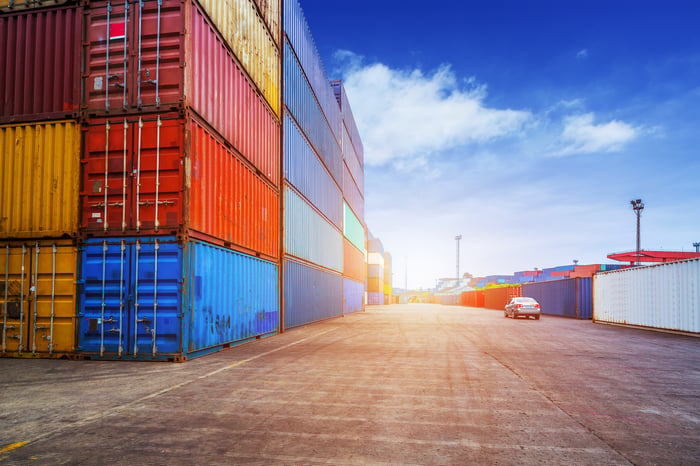 Despite the loss, Textainer CEO Phillip Brewer tried to put a brave face on the news, reassuring investors that while lease rental income decreased 12% year over year, at least it was up 0.9% sequentially against fourth-quarter results, and calling this "evidence of the strong improvement that we are experiencing in our industry." Container prices, insisted Brewer, "have increased dramatically" over the past six months, leading to "dramatically" better container prices that should boost Textainer's results in future quarters.

Going forward, Textainer predicts that "the limited inventory of new and depot containers will continue to support lease rates at today's attractive levels." Brewer admitted that the company's "return to profitability will be slowed" by certain accounting changes it is undertaking and by higher borrowing costs, but still argues that "the improvements we are experiencing in our industry are not only continuing but seem likely to remain for some time."