Value investors generally look for stocks that boast strong fundamentals and growth potential, but that are flying under the proverbial radar when it comes to market enthusiasm. Such value opportunities can be found in an array of industries, as is demonstrated by the variety of companies three of our analysts selected when asked for their picks in this category.

Among the only commonalities shared by longtime tech leader HP Inc. (HPQ -0.39%), retail furniture stalwart La-Z-Boy (LZB 1.97%), and biopharmaceutical upstart Horizon Pharma (HZNP 0.07%) is that investors may be overlooking their longer-term potential. Here's why our writers believe each is worth your consideration. 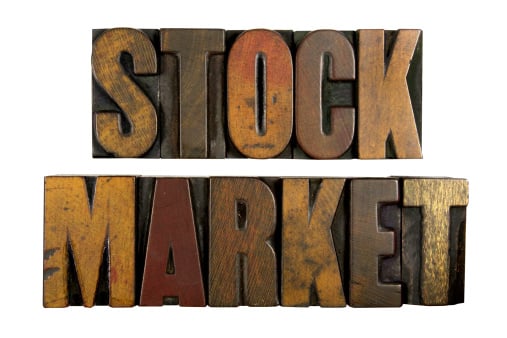 Tim Brugger: (HP Inc.) Contrary to popular opinion, the PC market is far from dead. Thanks in part to the first period of growth in the global market in five years -- led by HP -- last quarter was a home run for the PC king. Further, despite kicking off 2017 with stellar earnings reports which have driven HP's stock price up 27% year-to-date, it still represents one of the best values in the industry.

Not only did HP's PC segment revenue continue its rising trend with  an impressive 10% jump last quarter, for the first time in seven years, strong personal systems results were joined by an increase in printing sales. Though HP's $4.74 billion in printing revenue was just 2% higher year over year, that's a significantly better direction than it was taking just two quarters ago, when the printing division reported an 8% decline.

Much of the credit for HP's "surprising" results goes to CEO Dion Weisler and his focus on targeting specific, niche markets for both PCs and printing. HP's new-ish OMEN family of computers, with their virtual-reality-ready experience designed for the world's gamers, is an example of Weisler's marketing plan, as are its two 3D printing systems targeting manufacturers.

Yet despite all the good news, HP stock trades at 11.5 times future earnings, and its price-to-sales ratio is just 0.66, both well below the industry average. Don't fear the PC market, value investors: As the new No. 1 selling PC manufacturer on the planet, which also happens to pay a dividend yielding 2.8% today, HP warrants consideration.

Have you tried looking under the couch cushions?

Rich Smith (La-Z-Boy): It's been nearly a decade since furniture stocks were in vogue. But with housing starts trending higher and mortgage applications still strong,  now might be a good time to take another close look at this once-strong sector.

As a matter of fact, I recently did just that -- and I think I've found a value stock you may not have considered, lying smack dab in the middle of the furniture industry: La-Z-Boy.

What makes La-Z-Boy a good value stock? First and foremost, the price. At just $27 a share, La-Z-Boy stock sells for less than 17 times trailing earnings, making it 33% cheaper than the average stock on the S&P 500.  And it may be even more undervalued than it looks.

According to data from S&P Global Market Intelligence, La-Z-Boy generated positive free cash flow of $113.5 million over the past 12 months, which was 41% more money than it reported as "net income" under GAAP. In further evidence of La-Z-Boy's amazing cash-profitability, a review of the company's balance sheet shows $126 million in cash in the bank, against less than $1 million in debt.

Factor that net cash balance into the equation, and La-Z-Boy sells for an enterprise value-to-free cash flow ratio of just 10.5. With analysts forecasting nearly 12% annualized earnings growth at the company over the next five years, that's a very attractive stock price -- made even more attractive by a respectable 1.6% dividend yield.

Believe it or not, La-Z-Boy just might be the value stock you've been looking for.

The storm clouds will eventually dissipate over this specialty pharma

George Budwell (Horizon Pharma): Horizon Pharma's shares have been getting hammered this year because of the fallout around its controversially overpriced pain medications, Duexis and Vimovo. In a nutshell, the company was forced to revise its 2017 outlook in a big way earlier this year after it settled some reimbursement issues, and factored in higher costs for its patient-assistance program that cuts prices on these prescription drugs.

Now, because of these headwinds impacting its primary care unit, investors probably haven't considered Horizon's longer-term value proposition. I think this beaten-down stock, though, is worthy of a deeper dive by value investors on the hunt for diamonds in the rough.

After all, Horizon's shares are currently trading at only 1.61 times the company's estimated 2018 revenue, which is dirt cheap for a revenue-generating pharma stock of any size. Most importantly, though, that rather attractive valuation stands true even after the company's revised outlook for its primary care unit going forward.

The underlying reason is because Horizon has steadily shifted away from high-priced specialty medicines as its main growth drivers, and pivoted toward more stable products in the rare disease space. It gobbled up orphan drugmakers River Vision Development and Raptor Pharmaceutical in the past year as part of its concerted effort to transform into a rare disease specialist.

Perhaps most encouraging, though, is the fact that 65% of Horizon's net revenues in the first quarter of 2017 stemmed from rare disease products. Less than three years ago, all of Horizon's revenues were generated by its primary care unit.

The bottom line is that Horizon has greatly diversified its product portfolio over the past few years, and therefore, its stock might represent a value opportunity for investors who are willing to buy before the smoke clears.