Amazon (AMZN 2.19%) could compete head-to-head against pharmacies and pharmacy managers someday, and that news was enough to send shares in CVS Health (CVS 0.30%) reeling more than 6% last month, according to S&P Global Market Intelligence.

According to CNBC, Amazon.com is hiring the people necessary to create a pharmacy benefit manager for its employees, and that could eventually lead to it rolling out pharmacy services commercially. 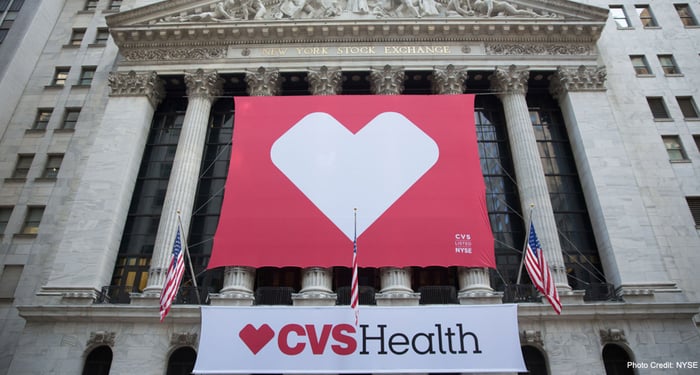 The company has hired Mark Lyons, a former director at Premara Blue Cross who joined Amazon as senior manager of pharmacy benefits in April, according to his Linkedin profile.

In his past roles, Lyons led a team of clinicians and analysts that supported national account managers with clinical consulting, including employer reporting and benefit consulting. He also has experience implementing pharmacy programs that manage prescription drug costs.

Amazon.com hasn't officially let anyone in on its plans, but the potential to leverage its massive buying power and distribution infrastructure to cut costs out of the pharmacy supply chain was enough to spark worry in CVS Health investors. As a refresher, CVS Health operates a massive retail pharmacy footprint that includes over 9,600 stores, and it also manages pharmacy benefit programs for health insurers and self-insured companies.

It's no shocker that the drug distribution model is ripe for someone like Amazon.com to disrupt it. Drug companies have been all over the news because of alleged price gouging, and the current distribution model means wholesalers and retailers are increasing drug costs to consumers, too.

Having said that, Amazon.com is famous for throwing everything at the wall to see what sticks, and as fellow Fool Billy Duberstein recently pointed out, Amazon.com has traveled this road previously via an investment in drugstore.com, a now shuttered business.

Perhaps, as Dubenstein suggests, the Drugstore.com experience provides lessons learned that Amazon.com can leverage for success. Or, perhaps Amazon.com's willingness to let Walgreens Boots Alliance acquire Drugstore.com is a sign that it has no interest in the regulatory craziness involved in running such a business.

Only time will tell if Amazon.com will make a splash in pharmacy, but the threat to CVS Health's share price will likely remain until investors have a better understanding of its plans.