All is not well in the oil shipping business.

Let's tackle this worst to least-worst. Navigator Holdings is a carrier specializing in the carriage of liquefied petroleum gas, petrochemical gases, and ammonia. It reported  earnings on May 8, beating expectations with a $0.05-per-share profit on revenue of $77.3 million.

And Scorpio is somewhere in between the two, transporting refined petroleum products on a fleet of 78 tankers of various sizes. Scorpio reported its earnings back in April. Although the company lost $0.07 per share, that beat the estimates of analysts, who had expected to see an $0.08-per-share loss. Sales of $122.8 million, however, fell somewhat short of estimates. 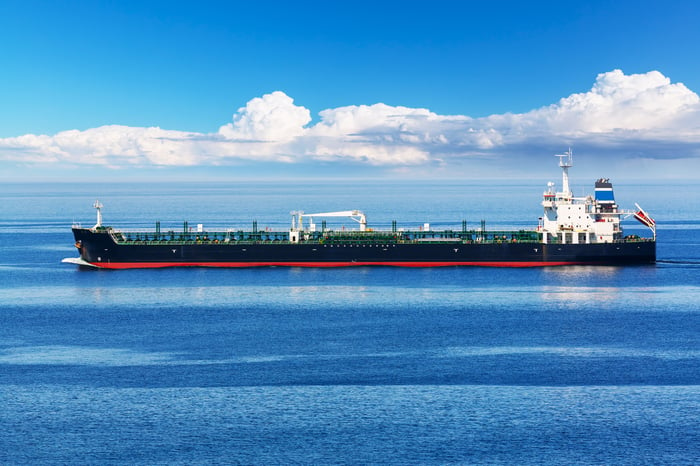 The underlying factor affecting all these companies' results, of course, is the health of the oil shipping market -- and in particular, the rates that oil and related shippers can charge for their services, as represented by the Baltic Clean (and Dirty) Tanker Index.

Last month, these two indices moved very much in tandem, falling through about mid-May before rising later in the month. The "Dirty" index (BDIY) hit its low point on May 16, peaked 12% higher on May 24 at 825 points, then slipped 7% to close the month at 768. The cheaper "Clean" index (BCIY) bottomed on May 19 and then rose steadily through month's end. Since June began, however, both indices have been trending down -- a fact analysts attribute to high stockpiles of oil reserves globally, depressing the need for companies to import oil. For the near future, things are looking grim for all three of these companies.

That said, Scorpio Tankers, at least, doesn't seem to think this trend will last. On May 23, Scorpio announced plans  to acquire privately held Navig8 Product Tankers and its fleet of 27 ships, issuing 55 million Scorpio shares, plus $42.2 million in cash, for the purchase. To raise the necessary cash, Scorpio is selling $200 million worth of stock on top of the shares it will use to acquire Navig8.

When all's said and done, Scorpio will control a fleet of 105 owned or finance leased tankers (38 LR2 tankers, 12 LR1 tankers, 41 MR tankers and 14 Handymax tankers), at an average age of less than two years each, plus 19 more tankers chartered to it by other owners.

As bets go, this is a big one that the tanker market, depressed for so long, is finally ready to turn around. Investors can only hope that these companies' stock prices will follow suit.