By shoring up its balance sheet and focusing on its core business, the music streaming specialist is poised for long-term success.

It's official: Contrary to last month's news reports, Sirius XM Holdings (SIRI 1.14%) will not acquire Pandora Media (P). But that doesn't mean Pandora isn't willing to take Sirius XM's cash. And that's not the only big change in the winds for the streaming-music specialist.

More specifically, on Friday Pandora Media announced two big results of the strategic review it disclosed just over a month ago: First, Sirius XM will make a $480 million investment in Pandora. And second, Pandora has entered a definitive agreement to sell TicketFly to Eventbrite for $200 million.

"In combination," Pandora stated in its press release, "these transactions arm the company with a strong balance sheet, sharpen operational focus, and strengthen the company's board of directors."

Sirius XM's dough will take the place of a $150 million investment Pandora had previously agreed to accept from KKR. The company hinted as much in a brief press release on Thursday, revealing that it had requested an extension on the original deal's closing "to explore interest expressed by a strategic investor in making a substantial minority investment in Pandora, in lieu of the KKR investment." And don't feel too bad for KKR; Pandora will pay the private-equity firm a termination fee of $22.5 million for its trouble. 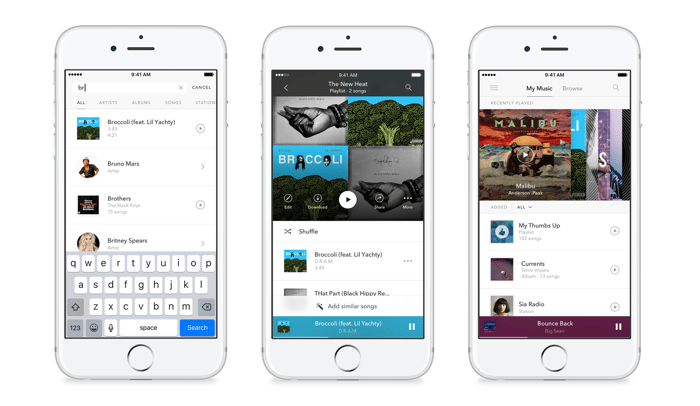 Sirius XM, for its part, will make the investment by purchasing an aggregate of $480 million in newly issued Series A convertible preferred stock of Pandora at $10.50 per share. That will represent a stake of roughly 19% of Pandora's current shares outstanding, and 16% on an as-converted basis. Pandora will use the funds to "make targeted investments and capitalize on opportunities to build on its position in the streaming radio business."

Pandora founder and CEO Tim Westergren elaborated: "This is a very significant juncture in Pandora's journey. After years of innovation and hard work, we now have critical pieces in place: a massive and highly engaged audience, a market-leading digital advertising business, a best-in-class product portfolio, and a robust balance sheet that gives us the flexibility we need to attack what is becoming a larger and larger opportunity as digital music enters a new golden age."

Pandora spent 2016 implementing a plan to invest $345 million toward initiatives aimed at scaling its infrastructure and building new lines of business. Perhaps the most notable results of the latter effort were its formal launches of Pandora Plus, an upgrade to its $4.99 ad-free streaming service, in late 2016, followed by the launch of Pandora Premium, its $9.99-per-month ad-free on-demand option, in March.

The early fruits of Pandora's new subscription offerings are evident. The company saw listeners start 1.3 million new trials of its subscription products in the seven weeks leading up to its first-quarter report in early May, including more than 500,000 Pandora Premium trial starts. Better yet, Pandora says over 80% of new trial subscribers were acquired on-platform, which means they came with almost no customer acquisition costs.

The opportunity at hand

But how large could these products be in addition to Pandora's core ad-supported streaming business? When Pandora unveiled its initial investment plan early last year, the company set a goal of building a $1.30 billion subscription business within five years as new product tiers were launched and adopted. By comparison -- and keeping in mind that subscription revenue climbed 19% last quarter to just $64.9 million -- Pandora's also reiterated its latest guidance for consolidated full-year 2017 revenue in the range of $1.50 billion to $1.65 billion. Of course, that excludes adjustments related to the impending sale of TicketFly, which contributed revenue of just under $28 million last quarter.

At the same time, Pandora has yet to achieve sustained profitability. Last quarter alone, the company incurred a GAAP net loss of $132.3 million and an adjusted net loss of $57.2 million, excluding stock-based compensation and restructuring expenses. So with its new products showing promise in these earliest stages, it's no surprise that Pandora might jump at the chance to hone its focus by divesting TicketFly, while simultaneously improving its financial position and flexibility through both the sale and Sirius XM's large investment.