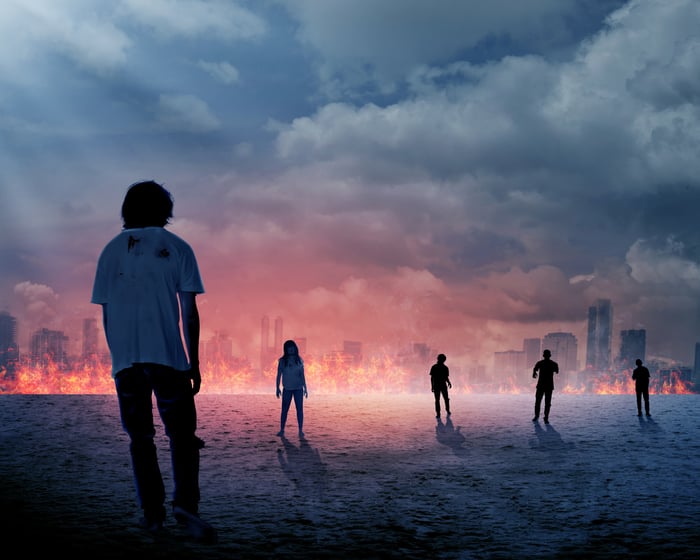 Revenue increased 1.9% to $720.2 million and adjusted earnings per share were $2.10, which topped estimates from Wall Street. But revenue fell short of the $721.2 million analysts expected and investors are getting concerned about the network's reliance on The Walking Dead.

The bigger news long-term could be that The Walking Dead is losing viewers and, as the driver of AMC's business, that could be bad news. And the slight revenue miss was enough for investors to have a bit of a panicked response to the earnings report in May.

There's no question that AMC is dependent on The Walking Dead and its drop in ratings is currently a negative for the company. But management is making investments in alternative revenue streams, beyond cable fees and traditional advertising. And amid that transition the small increase in revenue is a decent result and a stock trading for 13.5 times trailing earnings isn't a bad price for investors. With a current share repurchase program of $1 billion the stock could end up being a great value for long-term for investors.