Shares of the home-based recommendation site soared after Angie's List agreed to an acquisition-merger-spinoff deal with IAC Interactive.

Shares of Angie's List (ANGI) more than doubled last month after the contractor-recommendation site agreed to be acquired by IAC Interactive (IAC). According to data from S&P Global Market Intelligence, the stock finished the month of May up 105%. 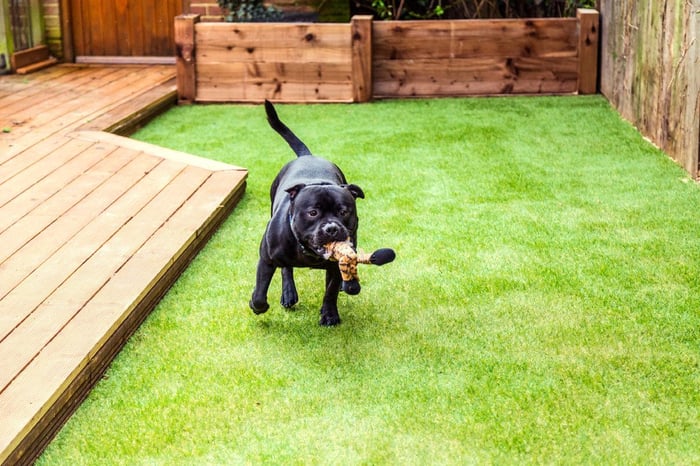 As the chart below shows, the stock surged on the news in the beginning of the month and never looked back. 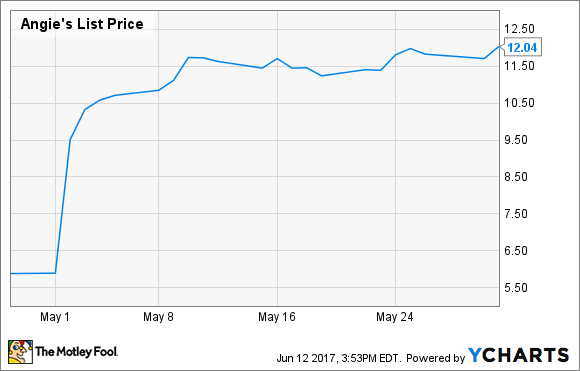 Angie's List will merge with IAC's HomeAdvisor, a complementary website, and become its own publicly traded company. The deal values Angie's List at $8.50 a share, or more than $500 million. However, the stock kept climbing after the announcement as enthusiasm for the merged company meant that investors see value in the new company beyond what IAC agreed to pay. Under the deal, shareholders are able to choose between taking $8.50 in cash or one Class A share of common stock in the new company for every share they own. Considering that Angie's List shares are now trading for significantly more than $8.50, most investors either expect the stock to continue gaining or plan to swap them for shares in the new company.

Angie's List also reported earnings at the time it made the merger announcement. Revenue in the quarter fell 13% to $73.1 million, but earnings per share improved from a loss of -$0.08 a year ago to a profit of $0.03 as the company cut costs sharply. That result beat expectations of a loss of -$0.05 per share.

The deal with IAC marks the end to an often agonizing odyssey for Angie's List investors. The home improvement specialist's stock debuted in 2011 at a price of $13 and reached a peak of around $27.50 in 2013, but investor sentiment turned against the stock as it was never able to generate a consistent profit despite having being around since the 1990s. When the company stopped charging for memberships last year, revenue began to fall as well.

IAC had tried to acquire the company in 2015 at a similar price to the one agreed upon last month, but back then, Angie's List rejected it. After three years with the stock trading mostly in the single digits, a merger is the best outcome for Angie's List investors.

The combined company, which will be called ANGI HomeServices, should also fare better as HomeAdvisor saw revenue jump 38% last year, and Barry Diller's IAC has proven itself to be a skilled manager of internet properties, including Match Group.

The deal is expected to close in the fourth quarter.