It's the Apple way.

Whether or not Apple (AAPL 2.44%) will actually manufacture a car remains an open question (I don't even think Apple itself knows the answer). Following a major strategic pivot last year that looked decidedly un-Apple-like (a move CEO Tim Cook essentially confirmed this month), the biggest unknown is if Apple is merely developing autonomous driving software that it will somehow try to distribute via hardware partners (see: un-Apple-like), or if it will undertake the capital-destroying process of getting directly into auto manufacturing.

At least one Wall Street analyst thinks that Cook's recent comments suggest an Apple Car is still in the works. 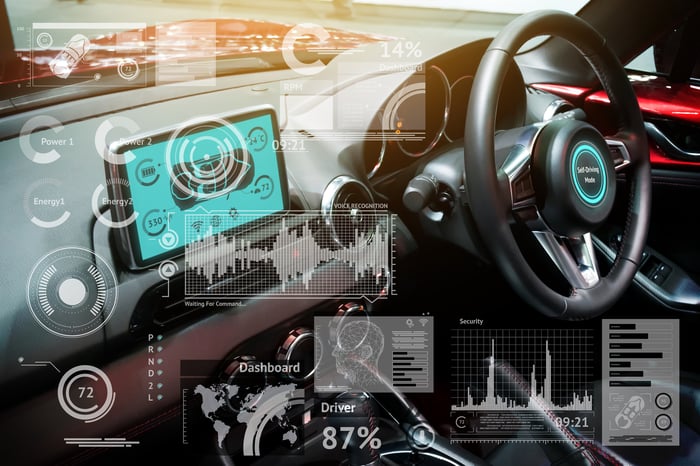 Morgan Stanley analysts still believe that Apple will end up making a car. That's a joint assessment from the firm's auto analyst Adam Jonas (who covers Tesla) and tech analyst Katy Huberty (who covers Apple). Within the Apple context, Jonas still believes that the company "will pursue a strategy in cars/transport," according to a research note (via Barron's). Huberty's note (via Barron's Tech Trader Daily) provides a bit more detail as to what Apple may or may not have up its sleeve.

Like many Apple analysts, Huberty is having a hard time reconciling the idea that Apple would only build the software without including integrated hardware. In no uncertain terms, both the software (autonomous driving) and hardware (auto manufacturing) are incredibly difficult to make, so it's a justifiable dilemma of which Apple should focus on initially. Apple has apparently come to the conclusion that the software will be harder, which is why it's turning its attention there first. "Apple will eventually move beyond just software into designing a full car and/or launching a platform for third party services and content over time," Huberty argues.

This assumption is why Huberty expects R&D expenditures to rise to $17 billion by 2020, compared to $10 billion in 2016. That estimate doesn't even include capital expenditures, which are substantial on the manufacturing side; Apple currently expects fiscal 2017 capital expenditures to be $16 billion just for its existing businesses. In terms of the R&D costs, Huberty says that the incremental increase is actually modest relative to what tech peers may invest on average (estimated at $11 billion) in autonomous driving software in the next four years.

As a side note, it's worth acknowledging that Apple design chief Jony Ive is a car buff, and has publicly complained about the "shocking" state of modern automotive design.

One of the biggest challenges is accumulating enough data on real-world miles driven. This is an area where both of Apple's Silicon Valley neighbors have advantages. Alphabet's Waymo has now accumulated 3 million miles of data, and the rate at which it is garnering data is accelerating. Tesla's last update was 1.3 billion (with a "b") miles as of November 2016; this figure could potentially be approaching 2 billion if you similarly assume an increase in the rate of data collection. Apple could attempt to catch up by partnering with ride-sharing companies, car rental companies, or automakers, among a few other possibilities, according to Huberty.

Apple has its work cut out for it, but at least it has enough resources to focus on the long game.