Forget 1,000 songs. What if you could carry around all your medical records in your pocket?

Electronic health records have long been an elusive Holy Grail for the healthcare industry. It's 2017, and there's still not really a centralized place that a person can go to view all of their health records, which is pretty crazy considering how that important that data is. Some of the most prominent challenges have been the high costs of digitizing records and interoperability among electronic health record (EHR) platforms. It's a fragmented space, with approximately 1,100 EHR vendors currently, according to Practice Fusion (which is an EHR vendor itself).

Apple (AAPL 2.44%) wants to help solve the problem, and in the process make the iPhone the epicenter of your health data. 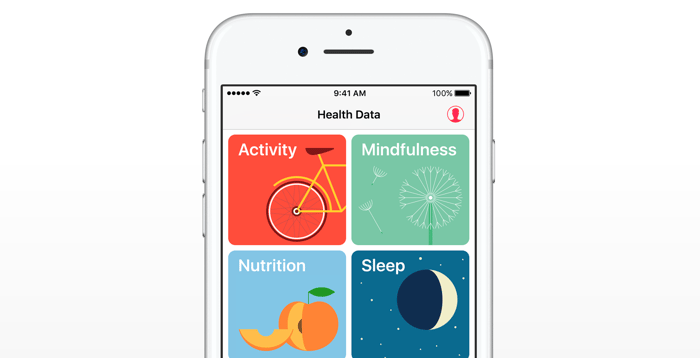 Apple already has a foundation

CNBC reports that Apple has put together a "secretive team" that is tasked with coordinating with developers and stakeholders in the healthcare industry in an effort to create a centralized EHR repository on the iPhone, which could also potentially be stored and accessed in the cloud. The company has been growing its health division for years thanks to Apple Watch, which strongly emphasizes fitness use cases.

The overarching vision is that a person could carry around their health records and feel confident that the data is secure and private -- encrypted and only accessible with Touch ID. The user could then share that data with their healthcare provider as needed.

Apple already has a loose foundation for such a platform. It released its Health app way back in 2014 as a place that would collect and aggregate health-related data like steps taken or activity levels, among others. While the Health app can already save and share records, it is limited by input sources: Only certain HealthKit-enabled devices can transfer data to Health. Many such devices are expensive and the market is similarly fragmented.

According to the report, Apple is in talks with healthcare IT industry groups that have already been working on the interoperability problem, such as The Argonaut Project and The Carin Alliance.

Who knew healthcare could be so complicated?

Healthcare is an immensely complicated industry, which underscores how challenging this will be, even for a company like Apple that has massive resources at its disposal. Apple's growing ambitions around health and fitness likely trace back to CEO Tim Cook, who is known to be an active fitness enthusiast that reportedly wakes up at 3:45 a.m. each morning before hitting the gym at 5 a.m. Fitness use cases haven't proven to be a killer feature in Apple Watch, but Apple Watch is more of a tracking device anyway, and wouldn't make a good record keeper due to its small form factor.

But as Apple continues to work on and put together all the disparate pieces of the EHR puzzle, it could contribute to modernizing a massive industry while further differentiating its products. It's possible Apple could make meaningful impacts on people's health.