New hires, investments, and partnerships could all slaughter the bears with a brutal short squeeze.

The market seems to hate Twilio (TWLO 3.21%), with 28% of its float being shorted as of June 9. The bears admittedly have a lot of ammo to fire at the cloud service provider -- its revenue growth is slowing, it's unprofitable, it depends heavily on several big customers, and competitors like Vonage's (VG) Nexmo have introduced viable alternatives.

I was bearish on Twilio myself back when the stock hit the mid-$50s last August. But I became more bullish on the stock after it dropped to the low-$30s a few months later. I still think Twilio is a risky investment, but I think that the bears could be overlooking three major opportunities for the company. 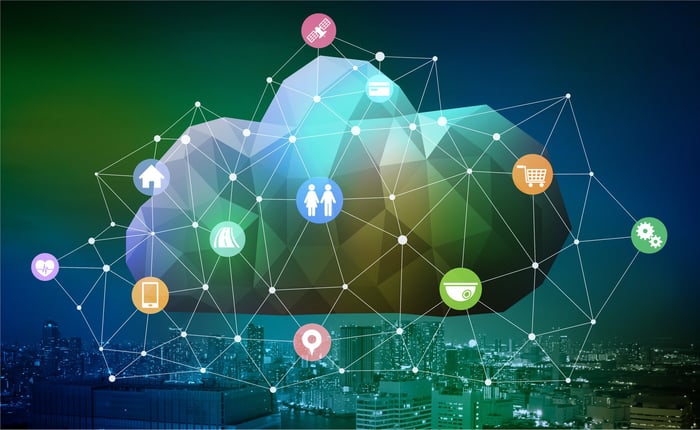 1. Its new COO made Salesforce a cloud powerhouse

Earlier this year, Twilio hired George Hu, the former COO of Salesforce (CRM 1.95%), as its new COO. Hu spent 12 years at Salesforce, the world's biggest provider of cloud-based CRM (customer relationship management) solutions, and served as its COO between Nov. 2011 and Dec. 2014.

Between fiscal 2011 and 2015 (ended in Jan. 2015), Salesforce's annual revenue more than tripled from $1.66 billion to $5.37 billion. Much of that growth came from Salesforce's development of its four pillars of growth -- its Sales Cloud, Service Cloud, Marketing Cloud, and Salesforce Platform. Those services, which were beefed up by big investments and acquisitions, locked in more customers and helped the company achieve non-GAAP profitability.

2. Its evolution into a full-featured cloud service

If Twilio follows Salesforce's example, it could evolve into a much more diversified cloud service company. We've already seen glimpses of that future with the introduction of new enterprise tools, notification features, and programmable chat, fax, and video APIs. It also recently introduced Functions, a "serverless" platform that lets developers run code on demand instead of having servers constantly "wait" in the background.

Like Salesforce, Twilio has been beefing itself up with acquisitions. Last year, it acquired Kurento's WebRTC media server tech to strengthen its video processing capabilities. Back in February, Twilio bought Swedish SMS provider Beepsend to improve the efficiency of its message deliveries.

These moves could all widen Twilio's moat against Nexmo and similar rivals, which still haven't gained the "best in breed" reputation Twilio earned by serving massive customers like Facebook's WhatsApp and Messenger, Uber, and Coca-Cola Enterprises. As I pointed out in an earlier article, Twilio could also build a cybersecurity business atop these foundations, since its service already acts as a middleman for messages, notifications, videos, and other integrated features in apps.

3. Its relationship with Amazon might lead to an acquisition

The bears pounced on Twilio in early May after it disclosed that its top customer, Uber, would gradually reduce its use of Twilio's service in favor of internally developed solutions. While that was certainly a stunning setback, I noted in a previous article that Uber wasn't completely dropping Twilio, and that securing new customers could offset that decline.

Second, it makes plenty of sense for Amazon to simply buy Twilio -- which has a fairly low market value of $2.3 billion -- to expand AWS' growing list of features. Since Twilio is already deployed on AWS, the takeover also wouldn't require any major technical changes.

Twilio's roller-coaster ride over the past year perfectly illustrates the old adage: "bulls make money, bears make money, but pigs get slaughtered." The bulls made plenty of money riding Twilio from its IPO price of $15 to almost $70 between last June and September.

But those bulls were slaughtered for holding on, as the stock plummeted back to the mid-$20s. The bears made plenty of money during that decline, but I believe that they could be turning into the pigs. At these levels, any positive news about Twilio -- regarding new hires, partners, acquisitions, or takeover buzz -- would spark a brutal short squeeze and slaughter bears who have their heads stuck deep in the honey pot.

Why Cloud Stocks Twilio, HubSpot, and C3.ai All Fell Today
395%