It's been a brutal past few years for hedge funds, particularly those that focus on specific stock selection.  Although computer-driven, quantitative funds continue to gain assets, many of the world largest hedge funds have seen their assets decline and their performance lag that of the stock market benchmarks.

That said, many of the world's most powerful hedge funds are a good source of ideas for retail investors everywhere. Sites such as WhaleWisdom mine and aggregate the 13-F filings of the world's largest asset managers to help identify notable investing opportunities held by institutional investors the world over.

Before delving into our analysis though, a word of caution. Hedge funds and other sophisticated investors can quickly move in and out of stocks, so the figures you're seeing here might not reflect the current composition of their portfolios. Moreover, any individual holding can represent just one piece of a more complex trade. So investors need to use this list as a jumping-off point for future research, not a buy suggestion in and of itself.

Now, in a follow-up to my earlier thoughts on this topic, let's consider why many of the world's largest hedge funds and institutional money managers invest in shares of Charter Communications (NASDAQ:CHTR) and Microsoft (NASDAQ:MSFT)

After a historic 2016, shares of newly minted national cable giant Charter Communications have slightly outpaced the market so far this year.  The acquisition machine is a top 10 holding of 74 large institutional investors, including Warren Buffett's Berkshire Hathaway, Lone Pine Capital, and several others.  Having absorbed last year's acquisitions of BrightHouse Networks and Time Warner Cable, the company will need to make good on its newfound scale to continue to push its stock higher. That might prove difficult to achieve for a few reasons.

So far, the company receives mixed marks for its post-merger execution. On the positive side, Charter has increased its total number of customer relationships in recent quarters. However, it's the composition of that growth that I find worrisome. Though it continues to add broadband and voice phone users, the company's cable subscribers continue to decline; it lost 51,000 video customers in Q4 2016  and another 100,000 in Q1 of this year. The company is in the midst of launching a wireless partnership with Comcast, though some of my colleagues view this as an incremental change at best. If this trend continues, we could see Charter's average revenue per user, an important cable and wireless industry metric, start to decline.

Moreover, the company's substantial debt burden presents a concern. Charter's debt-to-equity ratio is 1.25,  and its interest coverage ratio is 0.85. That alone won't sink the company, but it will need to prioritize strengthening its financial footprint in the coming years, which could inhibit its ability to develop new products. 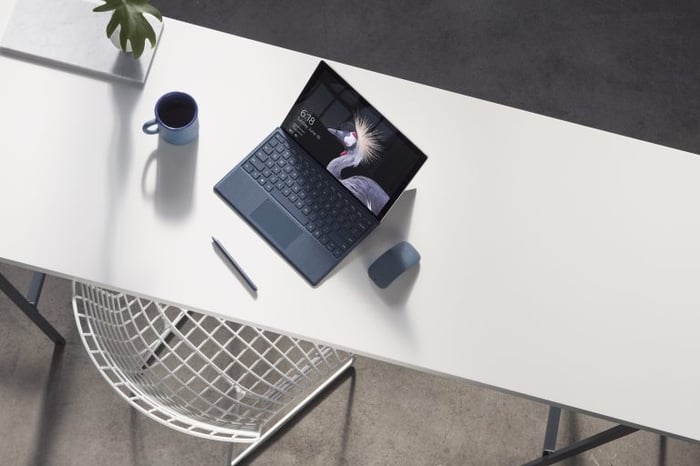 It's been a nice period to own Microsoft stock. It's a top holding of over 800 money managers, and its shares have outperformed the Nasdaq Composite benchmark, 36.9% to 26.9%, over the past 12 months. However, though Microsoft makes sense for some investors, most notably those seeking income from their investments, I don't agree with the hedge fund industry's bullish stance.

The consensus sell-side rating labels Microsoft a buy, so maybe I'm overlooking something, but Microsoft just doesn't strike me as a tantalizing value. The company trades at a 31.1 P/E, well above the S&P 500's 25.7. Contrast that valuation against analysts' current growth estimates for Microsoft's next two years:

For a company likely to put up just moderate growth, Microsoft's premium valuation seems out of whack.

It's true that the company is executing on its potential growth drivers under CEO Satya Nadella's leadership. For example, Microsoft's Azure cloud-computing platform saw its revenue grow 113% from fiscal 2015 to fiscal 2016.   However, Microsoft remains so dependent on Windows and Office in particular, especially in terms of its impact on profits, that it will be difficult to drive meaningful growth over the long term. So while Microsoft can make for a great dividend stock and hedge funds seem to love it, I'm not as sold that it has the makings of a long-term market beater, given what we know about it today.