Activision Blizzard brought only three games to this year's E3 show, but two of them will be a big deal for investors.

Activision Blizzard (ATVI 0.80%) didn't have a huge presence at this year's Electronic Entertainment Expo (E3), opting not to put on its own press conference or announce any new games. However, the company did showcase and demo some upcoming titles that have near- and long-term significance, and there were promising signs for shareholders. 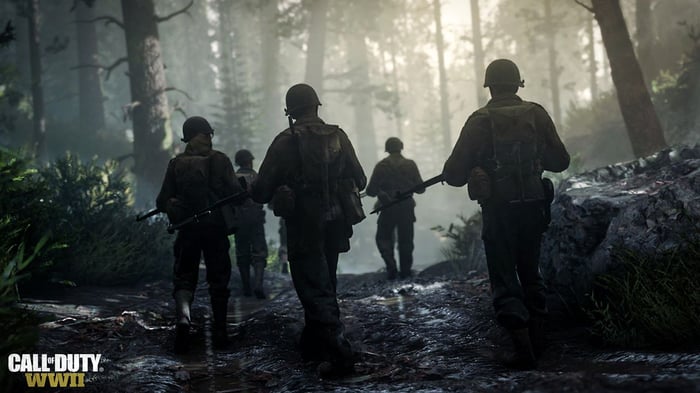 Call of Duty returns its roots

Last year's Call of Duty: Infinite Warfare saw the series drift to futuristic landscapes and spaceship combat, and while the title was generally well received by critics, its sales were a significant disappointment compared with other recent entries in the series. In contrast, this year's installment of Activision's long-running and massively popular first-person-shooter franchise will return to the World War II backdrop that the games started with, and the company brought new footage and gameplay demos to this year's E3 that point toward a high-quality release.

Activision Blizzard launched the first multiplayer footage for Call of Duty: WW2 at Sony's (SONY 0.15%) press conference, showcasing impressive visuals and intense gameplay. On the E3 show floor, the company demoed the game's new "War" mode, which introduces objective-driven gameplay that's similar to the company's own Overwatch. The company also had new single-player demos on hand, and, overall, the game had a strong showing at E3 2017.

It's hard to say how the title's sales will stack up to the series' Black Ops and Modern Warfare installments, but there's a good chance that WW2 will see sales increase over Infinite Warfare. The upcoming release is worth keeping an eye on for investors, as Call of Duty is one of Activision's most important franchises, and, somewhat paradoxically, it's possible that returning to its roots could provide some fresh spark. The series' sales have been trending down, but it remains a core property, and how the upcoming release fares from sales and quality perspectives could have implications for future entries. 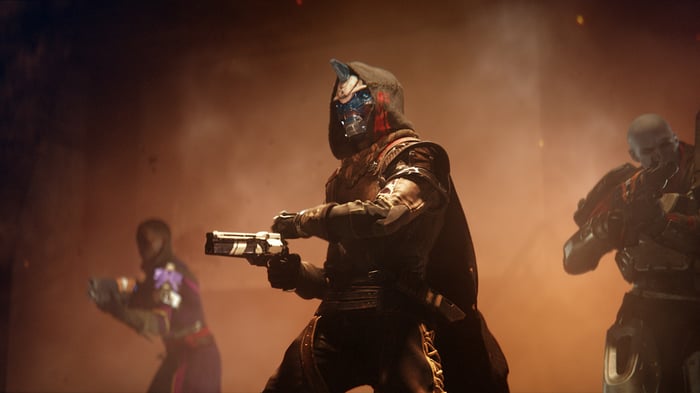 Activision Blizzard also used Sony's conference as a venue to show off Destiny 2, its other key 2017 release in the shooter genre. Destiny 2 also looks to have a bigger focus on telling a story than its predecessor, which is probably a good thing for shareholders and fans of the series, because the first game's sparse narrative content was one of the primary criticisms leveled against it. Game footage looks great, and the series' much-loved multiplayer gameplay seems to be better than ever.

The game will be launching on console Sept. 6, which is two days earlier than originally announced. The company also delivered more significant release-date news, confirming that the PC version of the game would be available Oct. 24. Activision had previously announced that the game would arrive on PC after it released on consoles, and it recently stated that the reason for the extra development time was to make sure the franchise made a strong debut on the new platform.

It's encouraging to see that there won't be too much time between launches because having a substantial gap ran the risk of diminishing excitement for the non-console version of the upcoming game. Destiny 2 on PC will be Activision's first game to be featured on Blizzard's Battle.net online gaming platform and carries some added significance for that reason.

The return of Crash Bandicoot

Crash Bandicoot N. Sane Trilogy was the final game Activision spotlighted at this year's E3 and will bring together the first three games in the Crash Bandicoot series with updated graphics and new features. Crash Bandicoot used to be one of the biggest characters in video games, and he was at one time an unofficial mascot for Sony's PlayStation platform, so Activision's decision to revive the property has the potential to be a savvy move. The upcoming remaster collection is slated to launch June 30 on PlayStation 4, and while it probably won't have a big impact on the company's performance this year, the game could help rejuvenate the franchise and pave the way for future installments if it's successful.

Overall, Activision Blizzard had a solid showing at E3 this year. It didn't offer much in terms of new announcements or surprises, but upcoming releases in some of its biggest franchises -- Call of Duty and Destiny -- seem to be in good shape, which is promising from short- and long-term perspectives alike.