Activision Blizzard's (NASDAQ:ATVI) first Destiny game got off to a bit of a rough start in 2014, but strong gameplay mechanics and four well-received content expansions helped the game go on to be a strong performer for the company. Now, the publisher has a full-on sequel set to hit consoles on Sept. 8, and the series will also be coming to PC for the first time (with an exact release date still to be announced).

Bringing the popular franchise to a new addressable market is a move that the company's shareholders are sure to welcome, but Activision Blizzard is making a less-obvious move with the PC version of Destiny 2 that could have big short- and long-term payoffs.

The PC version of Destiny 2 will only be playable through Blizzard's Battle.net portal, marking the first time that a non-Blizzard game will be featured on the online gaming platform. While Activision and Blizzard merged in 2008 and operate under the same corporate banner, the two units have actually remained largely autonomous when it comes to game development and marketing, so evidence of newly developing synergies looks to be significant.

Battle.net plays host to Blizzard's releases and functions as an online store, a platform for communicating and keeping up with the activities of other players, a matchmaking service for multiplayer games, and an authentication portal that makes it more difficult to play pirated versions of the company's games. Blizzard launched Battle.net in 1996 with the release of the first Diablo game, and since then, every major PC release from the company -- including massive hits like World of Warcraft, the Starcraft games, and Overwatch -- has run through the platform.

If you're still a bit fuzzy on what Battle.net is, think of the platform as a subscription-free version of Microsoft's Xbox Live or Sony's PlayStation Network, except that it has been exclusively used as a hub for Blizzard games -- until now.

Why Destiny 2 on Battle.net is a big deal

By making the PC version of Destiny 2 exclusive to Battle.net, Activision appears to be moving away from Valve's Steam -- currently the most widely used online gaming platform. This means that digital sales of the PC version Destiny 2 will be significantly more profitable than if the game were available through the third-party marketplace, as Valve commands a 30% cut of revenue from games sold through its service. The deeply discounted Steam marketplace also tends to encourage users to wait for price reductions and puts pressure on publishers to match cuts from competitors.

While Steam has a bigger user base than Blizzard's portal, Battle.net still has massive reach. Launching a high-profile game exclusively through Battle.net will likely bring new members to Blizzard's platform, and the move also creates other opportunities for cross-promotion. 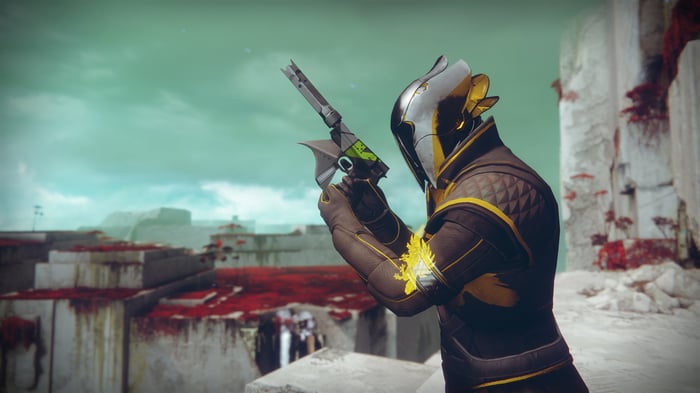 With an incredible track record of quality, Blizzard is one of the most trusted names in gaming, and its player base is one of the most active and engaged in the industry. Like other big releases, Destiny 2 will undoubtedly receive prominent in-platform ads on Battle.net -- with users of the service being only a couple simple clicks away from purchasing the title. Additionally, players will see that users on their "friends list" are playing the game, which is likely to have a beneficial effect on sales. The same effect would have also been at play with a Steam release, but with 11,000 games on Valve's platform compared to only a handful on Blizzard's, the new game would be able to get much more attention on Battle.net.

Bringing Destiny 2 to Blizzard's marketplace also opens up the opportunity for in-game currency sales across titles. World of Warcraft players can already purchase in-game "gold" and also redeem that currency to make purchases within Battle.net. At current prices, this will result in copies of Destiny 2 being purchased at roughly $100 -- a substantial premium on the game's standard $60 price. Opening up Blizzard's platform is a great way to drive engagement across titles and encourage high-margin in-game currency sales.

The start of something even bigger?

At the moment, the integration of Destiny 2 into Blizzard's platform is stated to be a one-off, but there are already indications that the title will serve as a testing ground for expanding the company's digital marketplace. Check out this quote from Blizzard's website:

Aside from potentially evaluating needs or opportunities for future Activision games, we don't have any short- or long-term plans to support third-party games with Battle.net.

Activision Blizzard apparently isn't interested in opening the platform to releases from other publishers and building a full-on competitor to Valve, but simply expanding the platform to accommodate future games from the Activision wing has the potential to open up additional opportunities for cross-promotion and digital content sales and turn into a significant performance driver for the company.