With time on your side, these three large-cap stocks are worth a good, long look.

Time is one of the most beneficial assets an investor has. For those thinking long term, it makes sense to look at some "out-of-favor" stocks today that have clear paths to future growth, and potentially sound returns as a result. Here are three such opportunities worth considering. They include down-trodden IBM (IBM 0.68%), struggling Qualcomm (QCOM -1.33%), and Houston, Texas-based energy provider Enterprise Products Partners (EPD -1.73%).

Tim Brugger (IBM): Until its recent first-quarter earnings announcement, IBM shareholders were enjoying a pleasant, if not spectacular, 2017. The bottom fell out after IBM reported its 20th straight decline in quarterly revenue, which has translated to a 9% drop in stock price.

For long-term investors on the hunt for large-cap stocks, the recent drop in IBM's share price has made an already undervalued, dividend-paying tech leader even less expensive, and by extension, less risky. There were several strengths IBM demonstrated last quarter that got lost in the bearish shuffle.

IBM is in the midst of a significant transformation from legacy hardware offerings to a focus on the cloud, cognitive computing, data security, and mobile solutions. And in these key areas, what CEO Ginni Rometty refers to as "strategic imperatives," IBM is performing admirably.

Better still, cloud services revenue climbed 59% and is now tracking at $8.6 billion annually. Cloud-related services is where the most upside exists, and IBM is leading the charge. To help ease the transition period, IBM also pays shareholders a 3.9% dividend yield. Long-term growth opportunities along with steady income makes IBM a large-cap stock worthy of consideration. 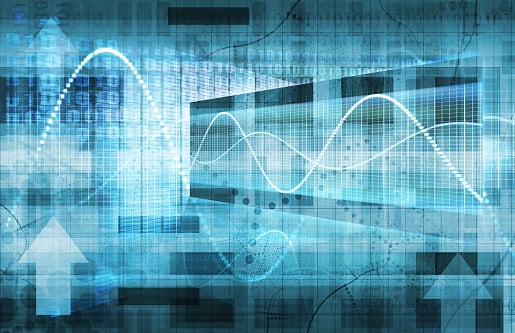 Keith Noonan (Qualcomm): For a company that occupies a dominant position in its corner of the tech sector and also looks primed to be a key player in a range of high-growth product categories, Qualcomm is currently priced for a less rosy outlook. To put the stock's 12% year-to-date slide in context, the semiconductor giant is facing an antitrust case from the Federal Trade Commission, difficulties enforcing licensing fees in China, and billion-dollar royalties lawsuits with Apple that could signal that the iPhone company will aim to move away from using Qualcomm chips.

However, trading at roughly 13.5 times forward earnings estimates and packing a 4% dividend yield, Qualcomm still has value appeal and looks to be a worthwhile stock for long-term investors willing to ride out some uncertainty. Cell phone growth is slowing, but the mobile-chip leader still has avenues to significant growth ahead thanks to 5G, wearables, its recent entry into the PC market, and a wide range of Internet of Things technologies. If its proposed merger with NXP Semiconductor is approved, Qualcomm will also instantly become the world's leader in automotive chips.

Returning to the income side of things, the company has delivered 14 years of consecutive annual dividend growth and an average annual payout increase of 17% over the last decade -- and it packs solid cash reserves to boot, with roughly $17 billion in cash and equivalents net of debt. The balance sheet will undergo big changes if Qualcomm's acquisition of NXP (funded by cash and new debt) goes through, but it's currently a notable asset and a reminder that the stock's value doesn't hinge entirely on its big pending deal.

A history of growth, with plenty more coming down the pipeline

Matt DiLallo (Enterprise Products Partners): Energy midstream giant Enterprise Products Partners has been a steady performer for long-term investors. I know this first-hand since I've owned units for nearly a decade and have enjoyed steadily growing income and healthy capital appreciation along the way. Overall, the company has increased its distribution 60 times since going public almost 20 years ago, including in each of the past 51 quarters. It achieved that steady growth by constructing and acquiring new energy infrastructure assets, most of which it secured with long-term fee-based contracts that supply it with predictable cash flow.

Enterprise Products Partners currently has several large growth projects under construction that should give it the fuel to keep cash flowing higher over the next few years. The company is on pace to complete $3 billion of capital projects this year, including a large petrochemical plant underpinned by long-term contracts. Meanwhile, with another $3.3 billion in projects set to enter service next year and $2.2 billion more slated for 2019, the company has the visibility to continue increasing its distribution through the end of the decade.

Further, with additional projects in development and fossil fuel demand expected to continue rising until at least 2040, according to the International Energy Agency, Enterprise Products Partners should have no shortage of expansion opportunities in the decades ahead. That growth forecast makes Enterprise Products Partners a solid choice for investors like me, who plan to hold for the long term.