Consultancy giant Accenture (ACN -1.66%) has terminated its U.S. pension plan. The company is doing this both by offering lump-sum payments to its pensioners and by purchasing group annuity contracts from a unit of American International Group (AIG -0.47%) and MassMutual.

All told, $1.6 billion worth of pension obligations will be removed from Accenture's books. Of that total, $600 million will be effected through the lump-sum payouts; these cover around 7,000 current and former U.S. employees. The remainder is being used to buy the annuities, which are to cover roughly 9,200 current and former U.S. employees. AIG and MassMutual will take over responsibility for the annuity payments in August.

Although the moves terminate the existing plan, Accenture isn't entirely abandoning internally managed pensions. The company said it has launched a new, smaller defined benefit plan with obligations of roughly $200 million. This will cover around 550 active U.S. employees. 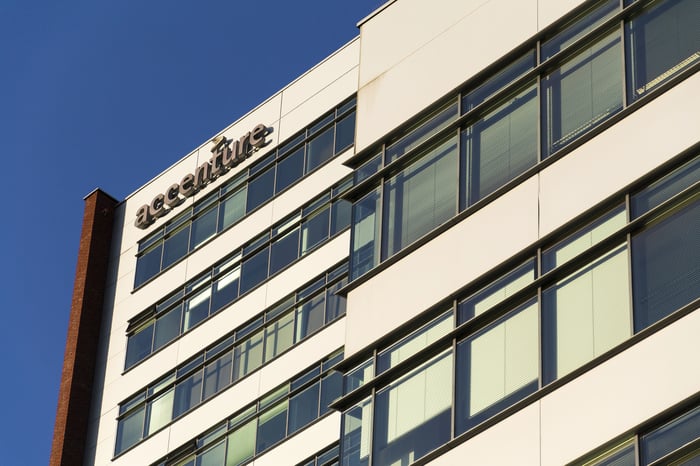 In many cases, corporate pension plans have become an increasingly heavy burden for the organizations that offer them. These arrangements can tie up large amounts of capital and resources, are often underfunded, and can cause serious problems if the assets that underpin them erode.

Meanwhile, clever insurers like AIG and MassMutual realize that they represent a nice, ripe market for their annuity products.

It's no wonder, then, that a host of noted companies have reached for the annuity button, and numerous insurance providers have answered the call. The list of companies that have "de-risked" at least some of their pension obligations recently includes Sears Holdings and Kimberly-Clark.

Accenture's move probably won't make much of a difference to the value of its stock, so investors shouldn't buy or sell because of it. It'll save some money and resources, which is a positive, but we should keep in mind that this is a sprawling company with over $21 billion in assets and almost $35 million in revenue -- $1.6 billion doesn't look like a huge amount next to those figures.