With three new board seats despite B-Dubs' objections, Marcato Capital is pushing for change.

You won't be able to tell by walking into its restaurants just yet, but big changes are happening at Buffalo Wild Wings (BWLD).

That's not to say this hasn't been brewing for some time. Activist investor firm and B-Dubs stakeholder Marcato Capital has been lobbying for Buffalo Wild Wings to improve operations and more effectively generate shareholder value for over a year now. But at Buffalo Wild Wings' annual investor meeting early this month, Marcato finally won enough shareholder votes to appoint three of the four representatives it nominated to B-Dubs' nine-member board of directors. 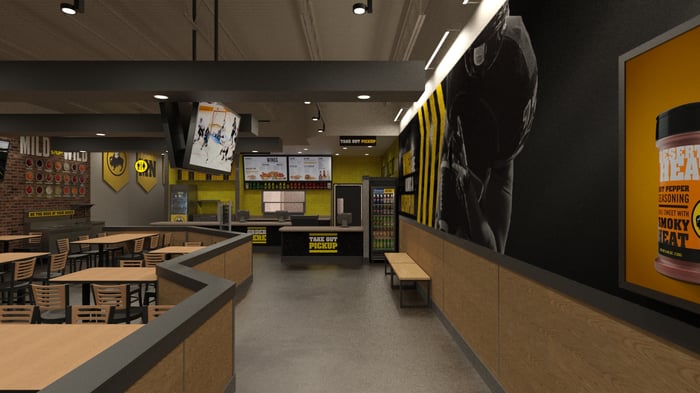 The winds of (contentious) change

In conjunction with the results of the vote, Buffalo Wild Wings announced a "leadership succession plan" under which longtime CEO Sally Smith will retire by the end of the year, or until her successor is found -- something which Marcato has long argued would be in the best interests of investors.

But you can bet Smith isn't pleased with the arrangement. Only a few days before the vote, she penned a letter to shareholders insisting the company was already working to "address changing customer demands and sentiment," driving costs down, and implementing multiple initiatives to drive traffic and check sizes higher.

Smith also noted that the timing of her letter was no coincidence:

I write to you as we approach our 2017 Annual Meeting. At this meeting, one of our shareholders is seeking to remove all of our independent directors that have served for more than eight months. Without them in the Boardroom, I would be the only person in the room who knows our history. And while I love my job, sooner or later, it will be time for me to retire. It is critical that we maintain institutional knowledge and memory on the Board and it would be unwise, in my view, to jostle the careful balance we have achieved between fresh perspective and intimate knowledge of our operating model, company history, and culture.

With that perspective, perhaps it's no surprise Smith opted to step down. But long before that, Buffalo Wild Wings had already issued multiple investor presentations and separate letters to shareholders over the past year, blasting Marcato's view of the business and its management.

Perhaps the most contentious among them was one just over a month ago, when Buffalo Wild Wings challenged what it called "Marcato's pattern of inaccurate and misleading statements," including its lack of operational suggestions to improve the business, its lack of a response to Buffalo Wild Wings' "detailed critique of Marcato's franchising related assumptions and modeling," and even the underwhelming track records of Marcato's board nominees for creating shareholder value at their previous jobs. 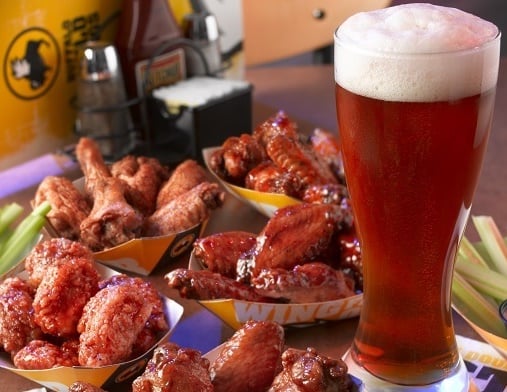 Yet here we are, with three of those nominees now formally part of Buffalo Wild Wings' board. And they're wasting no time exerting their influence.

Buffalo Wild Wings has since announced, for example, that it will pilot two new small-format locations dubbed "B-Dubs Express" in the Minneapolis metro market starting this summer. By implementing these locations with a streamlined format that focuses on take-out and delivery and has a smaller capacity for dine-in seating, Buffalo Wild Wings hopes to capitalize on consumers' increasing preference for more convenient dining options. To be fair, though, Smith herself hinted in the aforementioned letter that this was something Buffalo Wild Wings was already planning. It's unclear, however, whether those plans were pushed up as a result of the new board members.

Of course, it's similarly unclear whether this large number of locations would be offered for sale were it not for Marcato's influence. But it does seem odd considering Buffalo Wild Wings has spent hundreds of millions of dollars in recent years to repurchase franchised locations and bring them back into the company-owned fold. In doing so at the time, Buffalo Wild Wings argued, among other benefits, it would give the company better control over its marketing, product rollouts, and dining experience.

In the end, Buffalo Wild Wings has little choice but to play nice with the new chorus of voices fighting to increase the value of its shares. And while we're all on the same side -- that is, aiming for the value of our investments to increase over the long term -- I'd be lying if I said I wasn't worried about the apparently conflicting views of the voices inside Buffalo Wild Wings' board room. But rest assured as a longtime investor, I'll be watching B-Dubs' progress closely.