A moat, or competitive advantage, is an essential part of a good company. Without it, a company is more likely to see profits shrink during periods of competitive pressure.

One industry undergoing extreme competitive pressure right now is retail. With the growth of e-commerce led by Amazon.com (NASDAQ:AMZN), many retailers are struggling to keep stores open. Target (NYSE:TGT) is weathering the storm, but it's been selling off assets like its pharmacies, credit card portfolio, and Canadian operations to help. It also announced plans to forego profit growth for three years and invest $7 billion in reinvigorating its stores and improving its e-commerce operations.

But that investment is only going to pay off in the long run if Target has a moat that will help it produce a good return on that investment. Let's take a closer look at Target to see what its competitive advantage is. 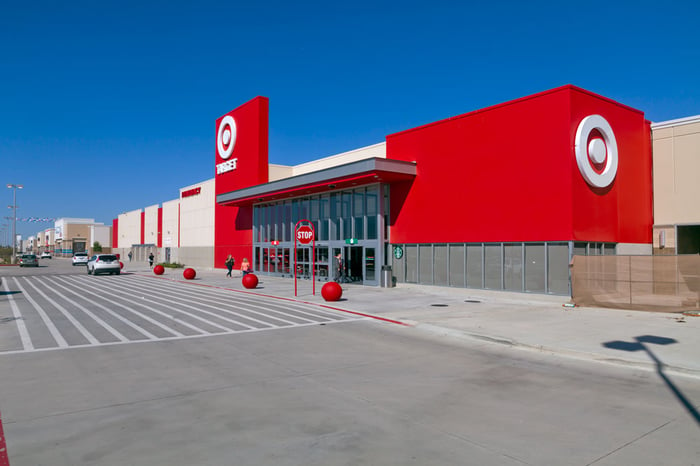 One of the best indicators that a company has a strong moat is if it has a higher gross margin than its competitors. Target has an extremely high gross margin compared to Wal-Mart (NYSE:WMT) and Costco (NASDAQ:COST).

But while these stores are generally compared to each other, they all operate drastically differently. Importantly, both Wal-Mart and Costco derive a significant portion of their sales from consumables. Wal-Mart is the United States' largest grocer, with groceries accounting for more than half of its sales. By comparison, food, beverage, and pet supplies accounted for just 22% of sales at Target last year.

Food carries a much lower margin than most other categories because people always come back for more. Categories where Target has relatively strong sales, like apparel and home furnishings, generally have higher margins. In fact, those categories are what Target calls its "Signature" categories.

So, Signature categories are Target's moat?

Targets strong apparel sales may be indicative of the company offering some sort of differentiation from the competition. Indeed, its apparel sales gained market share last year, according to the company's annual report.

But as more shoppers opt to buy clothes online, Target stands to lose a lot of sales. Target's online sales are significantly lagging those of Wal-Mart and Amazon. Wal-Mart specifically has been investing heavily in expanding its ability to sell high-margin apparel online with its various e-commerce acquisitions like ShoeBuy and Bonobos. Amazon, meanwhile, is investing in its own private labels, similar to Target's strategy.

Importantly, as competitive pressure increases, other retailers will look to expand sales in high-margin categories like apparel. Wal-Mart and Amazon are likely willing to take a lower margin than Target because apparel sales would both increase overall profit margin by leveraging existing infrastructure and drive more traffic to their stores. Target will be on the other end of the equation, feeling pricing pressure.

The drawbridge is down

Target might have considerable brand equity, economies of scale, and good store locations, but that just gets it a seat at the table in a fierce retail environment. Wal-Mart has Target beat on all of those fronts, and nobody can touch Amazon's online operations (not to mention it just added a whole bunch of grocery stores).

Without a meaningful competitive advantage, Target's plan to invest $7 billion may take a long time to produce results for investors. That's especially true as big competitors start encroaching on its high-margin product categories. While investors shouldn't expect profit growth for the next three years, it's still unclear whether they can expect much more in the next decade, either.