Diversified industrial United Technologies Corporation (NYSE:RTX) held a meeting for analysts and portfolio managers at the Paris Air Show, in which management outlined progress and expectations for its aerospace businesses in 2017. The next few years are transitional ones for the company, and what it does now is critical for its long-term future.

In this context, let's take a look at the key takeaways for investors. For reference the meeting focused on the aerospace business of United Technologies, investors interested in the construction focused business can read more about an earlier presentation in the linked article.

Pratt & Whitney (a United Technologies company) President Bob Leduc gave an interesting presentation which helped dispel investors' fears regarding some of the production issues on the geared turbofan (GTF) engine. First, he reiterated his confidence that 350 to 400 GTF engines will be built in 2017 -- that's good news. For reference, Pratt & Whitney fell short of its original target of 200 in building only 138 in 2016, upsetting airlines and airplane manufacturers in the process.

Second, while the affirmation of the production target is a net positive, readers will want to know more about the two key technical issues (carbon seals and combuster liners) outlined on the earnings call in late April. The good news is that the carbon seal retrofits -- many of which were made by the middle of May -- have not failed on any of the engines in service so far. Consequently, Leduc claimed he was "gaining confidence" in the efficacy of the modification.

Regarding the combuster liner, Leduc claimed the upgrade would be available in October, and testing was in line with expectations -- a confirmation of what CEO Greg Hayes said on the earnings call. All told, it's steady as she goes regarding the technical issues -- no bad thing for investors. 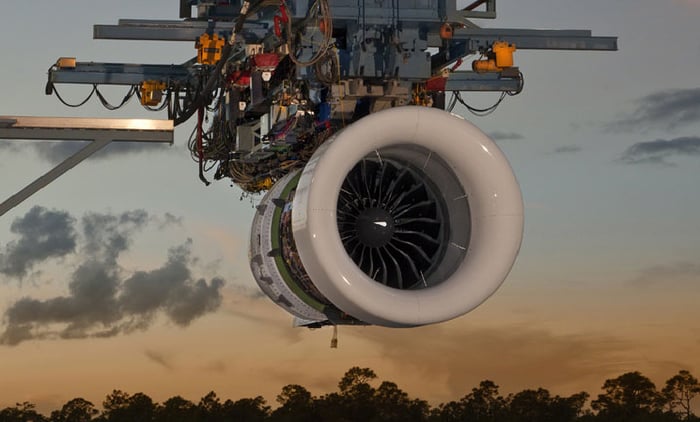 The GTF update is important for near- and long-term reasons. First, the GTF is competing with General Electric Company's (NYSE:GE) LEAP engine (produced by CFM International, a joint venture between GE and France's Safran) on the Airbus A320neo, and there is evidence that the GTF issues may be allowing GE to win out.

For example, at the Electrical Products Group conference, GE CEO Jeff Immelt said this regarding win rates: "So if you go to the LEAP, it's 100% at Boeing; 100%, COMAC; 55% at Airbus -- but the run rate since January has been substantially above that, right?" The CFM is the sole engine supplier on the Boeing 737 MAX and Comac C919 narrow-body aircraft, so no prizes for the 100% win rate there, but Immelt's comments on Airbus are a concern for United Technologies shareholders.

Leduc has high hopes for the GTF. In fact, he outlined that Pratt currently has around 10,500 engines installed on large commercial aircraft, but that's expected to increase to more than 20,000 by 2030 with the GTF comprising 15,000 of that figure. Moreover, the GTF's estimated revenue for the life of its program is $500 billion, a figure dwarfing Pratt's estimate of $150 bilion for the V2500 -- an engine for the Airbus A320 produced by a Pratt-backed consortium, International Aero Engines.

The other United Technologies aerospace systems business also had the segment's president, Dave Gitlin, reiterate its 2017 and 2020 outlooks, but there was a subtle change in the nature of the sales guidance. The segment generates around 45% of its sales from commercial OEM (original equipment manufacturer) sales, with 30% coming from commercial aftermarket and 25% from space & defense sales. The good news is that aftermarket sales were very strong in the first quarter (up 12%), and much better than the full-year guidance for a low to mid-single-digit increase. Indeed, Gitlin suggested sales could be at the high end of the range. 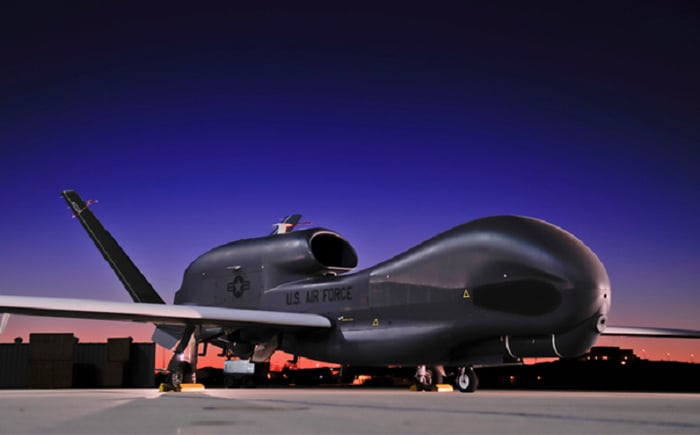 On the other hand, OEM continues to face sales headwinds due to weakness in wide-body, regional, and business jets, plus discontinued production of landing gear for the Boeing 777. Gitlin outlined that full-year OEM sales guidance in March was for mid to high-single-digits for 2017, but suggested it was likely to be closer to mid-single-digits.

All told, this is net neutral, but investors will hope aftermarket sales remain strong in the next year or so, because the company still needs to make cost reductions on OEM equipment production -- particularly on the new aircraft programs it's selling into.

Clearly, there are still issues with the GTF that need to be addressed by the update, in line with previous statements. Pratt faces strong competition from GE Aviation on the Airbus A320neo program. Aerospace systems still faces headwinds with OEM sales, and there is no guarantee that aftermarket sales -- which tend to be lumpy -- will continue in such a strong vein. All told, it was a broadly positive presentation.