Summer's heating up, and we're not just talking about the thermometer. Another earnings season kicks off later this month, and that's not the only thing investors will be keeping an eye on in the coming weeks.

The market never sleeps, and July is never a month to take lightly. Here are a few of the days I plan to approach with eyes wide open this month. 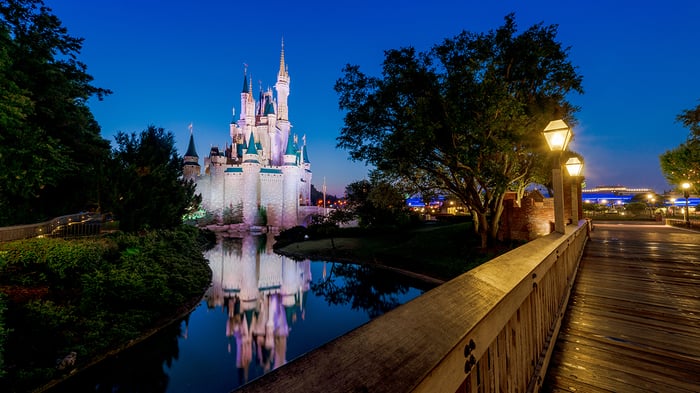 Christmas in July is a thing at Amazon.com (NASDAQ:AMZN). The leading online retailer will be back with Prime Day in July 11, a day when it loads up its virtual storefront with deals. This will be the third year in a row Amazon hosts Prime Day.

The dot-com darling announced last year that Prime Day was its biggest sales day ever. Worldwide orders soared 60% from the prior year's debut offering, so expectations will be high as more people become aware of the Amazon-created shopping holiday.

Disney (NYSE:DIS) hosts its annual D23 conference in two weeks. The three-day gathering for Disney fans will take place in Anaheim this year. There will be a series of presentations across four stages, and while many will only have appeal to fans of Disney content and collectibles, the real draw for investors is Disney's presentation on upcoming theme-park attractions.

It was at D23 two summers ago that Disney unveiled plans for Toy Story Land at Disney's Hollywood Studios and the more ambitious Star Wars Land that will open in 2019 at both Disneyland in California and Disney's Hollywood Studios in Florida. Most of the speculation surrounding this conference's announcements centers on Disney World's Epcot, a park that has seen its attendance growth lag the resort's other attractions.

Filed permits confirm that change is coming to Epcot. Online chatter speculates that a Guardians of the Galaxy thrill ride and/or a Tron roller coaster will go up in Epcot's Future World, with a Ratatouille attraction going up in the France pavilion of Epcot's World Showcase. With Toy Story Land and Star Wars Land set for 2018 and 2019, respectively, at Disney's Hollywood Studios, the path is clear for the theme-park giant's attention to turn to a massive Epcot makeover in 2020. An announcement is becoming more and more likely at D23.

There will be a lot of market bellwethers reporting fresh quarterly results during the second half of the month, but let's take a closer look at Netflix (NASDAQ:NFLX). The market's been hot for Netflix, the S&P 500's best performer in 2013 and 2015, and it's been rolling so far in 2017. The stock moved higher for six consecutive months before sliding in June.

Netflix tends to have big moves following its earnings reports, and its next financial update will come shortly after the market closes on July 19. Analysts are holding out for 31% top-line growth, with net income growing even faster. We already know the company topped 100 million streaming subscribers worldwide during the quarter, but its ability to land ahead or short of its revenue, profit, and subscriber forecasts will go a long way toward dictating which way the stock heads following the report.