The company announced preliminary second-quarter financials that are reassuring investors.

The company is knee-deep in growth mode following the launch of Senza in 2015, a device that uses neurostimulation of the spinal cord to reduce chronic pain in patients. 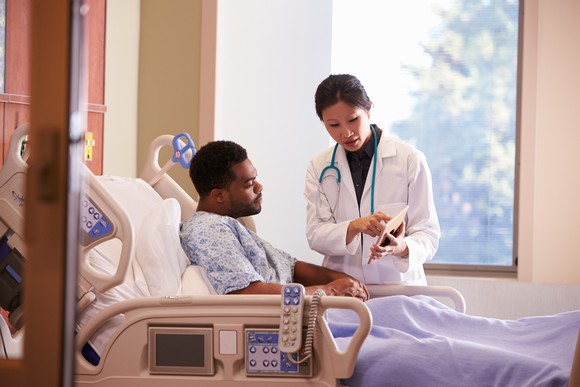 In the second quarter, global sales are expected to officially clock in between $77.5 million to $78 million, up from $55.4 million one-year ago. Revenue in the U.S. is anticipated to be between $62.7 million and $63 million when the accounting dust settles.

Marketing Senza hasn't been cheap. Operating expenses grew to $176 million in 2016 from $104 million in 2015, and while the company didn't offer up preliminary numbers on the bottom line today, heavy spending in the first quarter kept the company firmly in the red.

In Q1, the company's investment in personnel caused operating expenses to come in 70% higher than last year. As a result, its loss from operations was $13.1 million, or $0.50 per share in the period.

While it's good news to see that the company continues to grow quickly, investors shouldn't ignore the fact that sales growth is decelerating. That's not unexpected -- at some point, however, investors will want to see a clear runway to profitability.