Investors knew going into 2017 that Ford Motor Co. (NYSE:F), like most major automakers, would be fighting a temporarily uphill battle to increase sales in China. Late in 2016, it became clear that the Beijing government planned to phase out a cut to its vehicle purchase tax for small-engine cars, lifting it from 5% to 7.5% for this year. That gave consumers an incentive to pull their purchases into 2016, which led to weaker demand in early 2017. The other half of the tax break is set to expire in 2018, when the purchase tax will return to its normal 10%.

Things played out exactly as expected for the Blue Oval, which posted a 19% sales decline during the first three months of the year, but with the second quarter now in the books, it appears Detroit's second-largest automaker is back on track.

Starting from the top: Ford's sales in China jumped 15% year over year during June to 100,561 units. Providing the bulk of those sales was the Changan Ford Automobile (CAF) joint venture, sales from which just barely topped 70,000 units, good for a 9% gain over the prior year. Ford's Jiangling Motor Corporation (JMC) joint venture and its Lincoln marque posted even stronger year-over-year gains of 27% and 84%, respectively, but at lower total sales volumes of 24,594 units and 4,165 units.

All in all, that's Ford's best-ever June sales figure in the country, and a sign that demand is returning to the Chinese market after a slow start to the year. In fact, if you look at the first six months of 2017 sequentially, you can see consistent increases in sales. The first quarter did feature that aforementioned 19% sales decline, but in Q2, Ford rebounded with a 7% rise that was capped off by the 15% gain in June -- momentum the company hopes to maintain into the back half of the year. 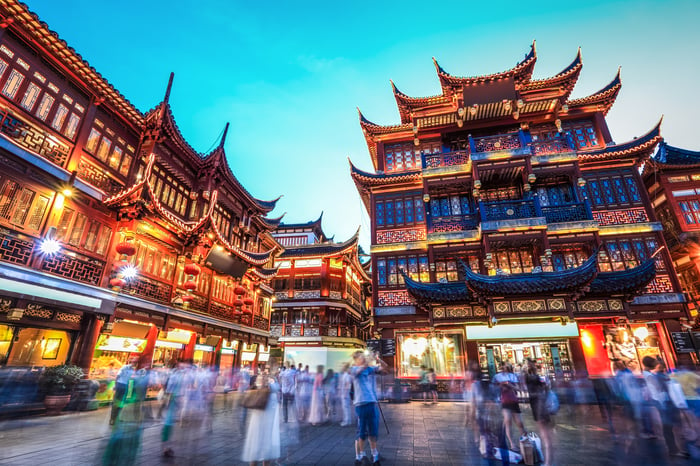 There were bright spots across Ford's data, especially in sedan sales, which posted some impressive gains: The Escort, Focus, Mondeo, and Taurus combined for a 17% gain over last year's June. Sedan sales were more heavily impacted by the reduction in the purchase tax incentive, as more of those models come under the small-engine category, so despite the rebound, sales of the Mondeo and Focus are still down 14% and 19%, respectively, year to date.

Outside of the sedan segment, Ford's SUVs found some success with consumers as well. The Ford Edge posted its best ever second-quarter sales figure, and Lincoln's MKC and Navigator posted 30% and 29% gains, respectively, during June.

Even with sales rebounding in June, Ford still has a long way to go to offset Q1's performance, and it still remains far behind crosstown rival General Motors (NYSE:GM). GM entered the Chinese market long before Ford, and it's cruising along there. It, too, just posted its best June ever, increasing deliveries 4.3% year over year to 285,191 units.

With the purchase tax increase in the rearview mirror for automakers (at least until the other half of the incentive lapses in January 2018), Peter Fleet, Ford's Asia-Pacific chief, said in an interview with Reuters that he anticipates strong single-digit-percentage growth for the industry during the third quarter. If management kept pricing and incentives in check during Q2, a solid result from the region will help offset expected weaker results out of Europe and a plateauing North American market. Stay tuned: Ford's earnings call is on deck for July 26.