Please ensure Javascript is enabled for purposes of website accessibility
Log In Help Join The Motley Fool
Free Article Join Over 1 Million Premium Members And Get More In-Depth Stock Guidance and Research
By Ashraf Eassa - Jul 6, 2017 at 10:30AM

A report from DigiTimes indicates that Apple needs more NAND flash memory than its primary vendors can supply.

According to DigiTimes, which cites "industry sources," Apple (AAPL -0.44%) NAND flash suppliers SK Hynix and Toshiba "have both experienced lower-than-expected yield rates for their 3D NAND technologies, resulting in fewer supplies for Apple's 2017 series of iPhones."

NAND flash is a type of non-volatile memory that is commonly used in modern computing devices, such as smartphones, tablets, and personal computers. 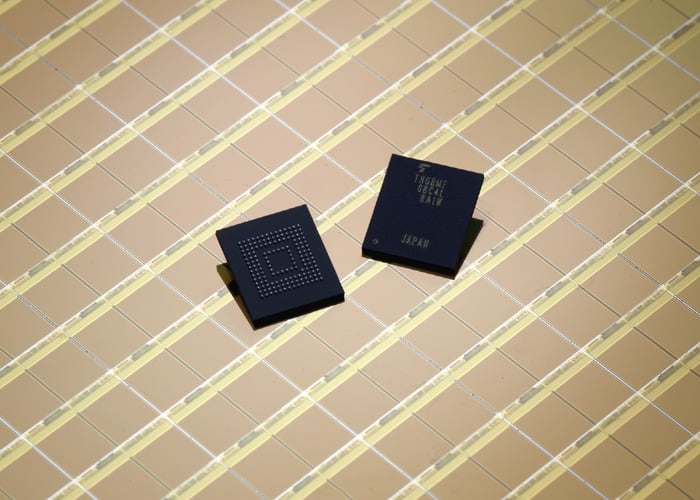 "The overall supply of NAND flash chips for the upcoming iPhones has fallen short of demand for the devices by as much as 30%," the report continues.

This sounds bad, right? Well, fortunately, it seems that Apple has a solution.

Partnering with a "frenemy" -- again

"Apple has turned to Samsung for more NAND chip supplies, since Samsung has relatively stable yield rates for 3D NAND technology and has scaled up its output of 3D NAND chips," DigiTimes reports.

That's good for Apple and for Samsung

Clearly, Apple leaning on Samsung for 3D NAND flash supply is a win for Samsung as it gets to sell more 3D NAND flash, boosting the revenues and profits of its already booming memory business.

Per DigiTimes, the combination of Apple and other vendor's NAND flash needs as they are preparing new devices, as well as "disappointing yield rates" of 3D NAND among "many of the major NAND flash suppliers" is expected to lead to a tight NAND flash supply situation "through the end of 2017."

These dynamics could make things frustrating for purchasers of NAND flash (e.g. device vendors, solid state drive vendors, and others), but a tight supply situation could be a good thing for the NAND flash vendors.

In particular, a supply demand balance tilted in the direction of "demand" means that NAND flash vendors can raise their prices to try to reduce demand, bringing the supply/demand equation back into balance.

In the near term at least, that should help boost the margins that the 3D NAND flash vendors can enjoy.

Now, if demand doesn't change dramatically, but the 3D NAND makers see increased yield rates and/or put in additional 3D NAND capacity to try to capture demand, then that should lead to a reduction in 3D NAND average selling prices and a potential reduction in margins.