Shares of crafty online marketplace Etsy, Inc. (NASDAQ:ETSY) were flying higher last month after the company announced another round of layoffs. According to data from S&P Global Market Intelligence, the stock finished June up 12%. 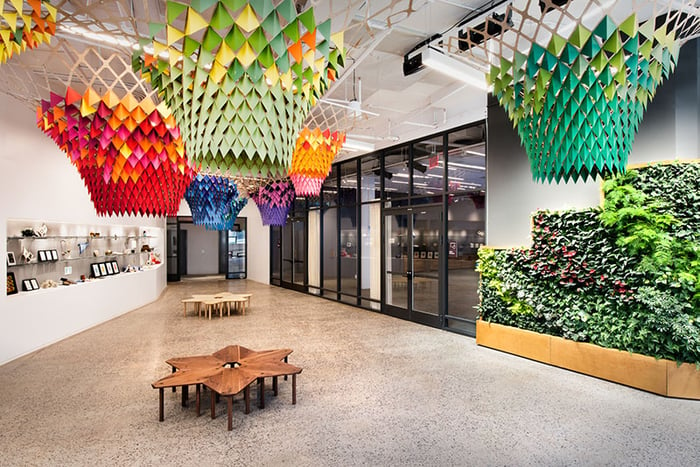 As you can see from the chart below, the rally started gaining traction when the company announced the reorganization on June 22. 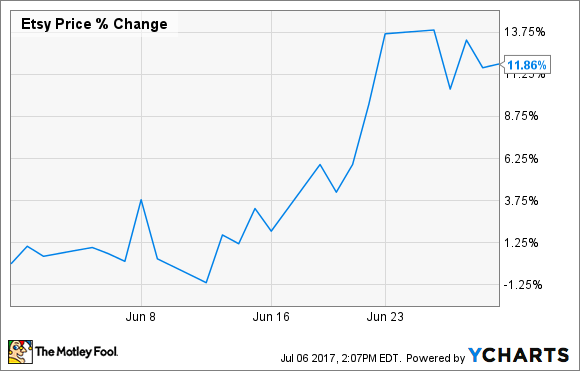 Etsy said it would slash its workforce by 15%, or 140 jobs, which comes in addition to 80 layoffs announced in May. The company is struggling to turn a profit and, with the guidance of new CEO and attention from activist investors, is now focusing on the bottom line.

CEO Josh Silverman said the company would realign its staff to focus on a few key priorities including search and discovery, improving the buyer experience, and maximizing the effectiveness of its marketing budget. The ultimate goal is to drive gross merchandise sales on the company's core marketplace.

He also said brand marketing initiatives would be paused for the rest of 2017, which should boost the bottom line.

Etsy may be the poster child for a bloated corporate staff in need of layoffs as the company offered perks like yoga classes, weaving looms, and catered meals, and had salaried employees devoted to projects like tracking office waste and ensuring the business was aligned with its values.

Those may sound nice, but for a business that depends on third-party vendors, such expenses have no impact on the bottom line.

Silverman is making the right move by realigning the company to focus on driving sales and limiting expenses rather than offering a cool work environment. Etsy has a strong brand, but has not yet turned a profit in two years as a public company. The two rounds of layoffs are a positive step in that direction, and I'd expect more such developments from the company, which should push the stock up further.