Please ensure Javascript is enabled for purposes of website accessibility
Log In Help Join The Motley Fool
Free Article Join Over 1 Million Premium Members And Get More In-Depth Stock Guidance and Research
By Dan Caplinger - Jul 10, 2017 at 7:05AM

Which of these casino giants will come up aces?

In gambling, the house always wins, and Las Vegas Sands (LVS 2.84%) and Wynn Resorts (WYNN 3.40%) have both made it their missions to maximize their profits while delivering an entertainment experience that keeps customers coming back again and again. After a long span of weakness in the formerly red-hot Asia-Pacific region, times are getting better in the key market of Macau, and that's helping to make both Sands and Wynn look more attractive. Investors who are getting interested in the space now want to know which of these casino resort players is the smarter pick. Let's take a closer look at Las Vegas Sands and Wynn Resorts to help you figure out which one belongs in your portfolio.

Both Sands and Wynn have done very well in the past year, but Wynn has done just a little bit better. Its share price has risen by 48% since July 2016, compared with a 42% increase for Sands.

Turning to valuation, it's important to look beyond the recent slump to get a realistic picture of how these two companies compare. When you focus solely on earnings from the past, Sands looks much cheaper, with a trailing earnings multiple of just 27, compared with more than 50 for Wynn. However, Wynn's bottom-line numbers are anticipated to return to more normal figures in the near future. When you look instead at near-term future expectations, the gap narrows to nearly nothing. Both Wynn and Sands trade around 22 times forward earnings. That leaves Sands and Wynn looking roughly equal in the valuation and performance department. 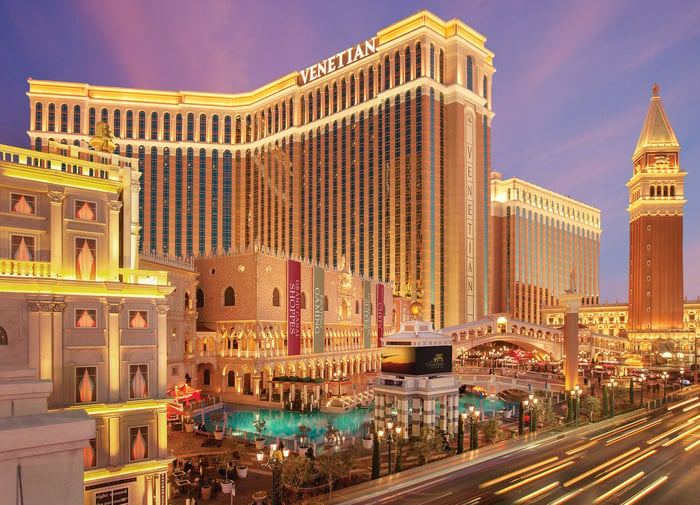 Dividend investors will have a clear preference for Las Vegas Sands in the casino industry. The company has a dividend yield of 4.7%, which is more than triple the 1.5% yield that Wynn Resorts currently pays its shareholders in dividends.

The difference in yield shows the varied approaches that the two casino giants have taken toward dividend payouts. Las Vegas Sands hasn't hesitated to keep its dividend at current levels, even though some have become nervous about whether earnings growth will help make the payout look more sustainable in the near future. Cash flow isn't a problem for Sands' dividend right now, and barring a huge opportunity for capital investment, Sands should remain in a good position to be able to continue making its quarterly payouts for the foreseeable future.

Wynn already has big projects on the horizon, and that led the company to make the strategic decision to conserve cash by cutting its regular dividend. Having finished the Wynn Palace in Macau, the company will turn its attention to its Boston Harbor project. Investors can expect special dividends in the future once more capital is available, but if you need the certainty that sizable quarterly payouts brings, then Las Vegas Sands is the better bet for dividend investors.

Las Vegas Sands and Wynn Resorts face somewhat different situations in terms of growth. For Sands, the big difficulty is figuring out how to move forward now that one of its key competitive advantages has largely disappeared. Given that the casino giant's first-mover advantage in Macau has all but dried up in light of new resorts from its primary rivals, including Wynn, Sands will have to decide where to put its attention for the future. Sands wants to win approval for a Japanese casino resort, and investors are excited that the company could convince government officials that its expertise in opening up new ground to gaming will result in better results than going with a competitor. Otherwise, Sands will have to identify the most promising alternatives and move accordingly.

Wynn has a full pipeline of projects and should start reaping the rewards in the near future. Already, Wynn Palace has made a huge difference in Macau, and the company is optimistic about Boston Harbor despite concerns from market watchers in the space. Wynn is also going back to Las Vegas with planned upgrades to its namesake resorts there, and the ongoing strength of the U.S. economy could make Wynn's domestic focus well-timed if favorable conditions persist in the years to come.

With similar valuations, choosing between Sands and Wynn depends on your immediate investing focus. Dividend investors will be drawn to Sands and its higher yield. Growth investors could prefer the potential that Wynn has for further gains in Macau and the U.S. market. Fundamentally, both companies have great prospects to rebound further from their slump over the past few years.