Investors cheer when Boeing beats out rival Airbus for lucrative contracts as it generates more revenue and higher profits. At the Paris Air Show just last month, Boeing crushed Airbus by announcing commitments for 437 new airplanes compared to only 182 for its rival. 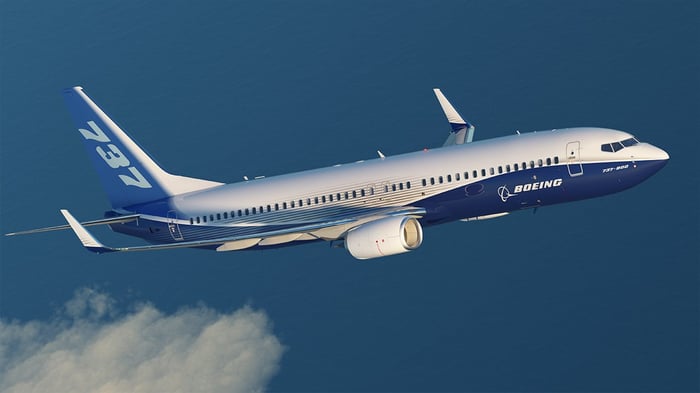 Notably absent were orders for the iconic 747, which underscores why Boeing is phasing out the aircraft.

In its latest "Current Market Outlook," which forecasts industry demand out to 2036, Boeing eliminated a separate callout for very large aircraft that previously contained the 747, choosing instead to merge it into a combined "medium/large passenger widebody" category.

Boeing says the planes aren't selling (Airbus says likewise in relation to its A380 airplane) because few carriers have the capabilities and routes to handle planes with more than 400 seats. The 747 is a 400-seat aircraft, but can be configured to cram as many as 660 passengers onto a single plane. In fact, Boeing only has 23 747s in its backlog of airplanes, the fewest of any of its aircraft, and it produces just one plane every two months.  Obviously it's not committing many resources to it. Airbus was quoted as mocking Boeing's decision to abandon the market. "They would do that," said Airbus sales chief John Leahy, according to IndustryWeek. "The 747-8 isn't selling. We have no intention of sharing that market with them." Airbus noted it remains committed to producing very large airplanes because of growing passenger traffic and congestion on routes.

That still might be a foolish stance to take since Airbus didn't sell a single A380 last year, and Boeing doubts it will be able to sell the remaining 107 aircraft that Airbus has in its backlog. Indeed, Airbus is struggling to maintain production of the 550-seat model at one per month, and its biggest deal at Paris was for 100 A320neo (short for "new engine option") single-aisle jets.

That's where Boeing sees most of the market moving. In its long-range forecast, it sees single-aisle planes accounting for 72% of all aircraft deliveries in 2036, valued at $6.1 trillion.

Boeing plans on grabbing more than its share of that market. It's churning out 42 737s per month and has a backlog of 4,500 orders, making it the most in-demand aircraft in Boeing's fleet. Even though they're the cheapest planes Boeing produces, it makes up in volume what it gives up in price. Not surprisingly, the 747 is one of its priciest aircraft (though not the most expensive), but with few sales, it really doesn't matter what they cost.

The needs of the airline industry are not static, but dynamic, as can see by Boeing's outlook, which forecasts 4,200 fewer planes needed than last year's report suggested. The number of single-aisle jets needed is also lower.

One thing that doesn't change? Boeing's leadership role in delivering the latest, most technologically advanced aircraft in the market.