A certain spider was the best performer in U.S. cinemas, with a pair of returning films trailing distantly behind.

It didn't require Spidey Sense to guess which movie would dominate this past weekend. The winner was Spider-Man: Homecoming, the latest in a torrent of summer superhero movies, and the only monster-budget Hollywood "tentpole" making its debut. According to Box Office Mojo, Spidey was followed at Nos. 2 and 3, distantly, by a pair of films already in release -- Despicable Me 3 and Baby Driver.

As with its five arachnid predecessors, Spider-Man: Homecoming is released by Sony (SONY -0.47%) and its affiliate, Columbia. It's a co-production between Walt Disney's (DIS 1.46%) Marvel Studios and Sony.

It brought in an estimated $117 million-plus in its opening weekend, which was good enough to make it the third-best debut so far this year (Beauty and the Beast and fellow comic-book-to-big-screen effort Guardians of the Galaxy Vol. 2 -- both released by another Disney unit, Buena Vista -- are No. 1 and No. 2, respectively).

That $117 million is also the second-best opening of any of the five Spider-Mans (when not adjusted for inflation, however). The champion remains 2007's Spider-Man 3. 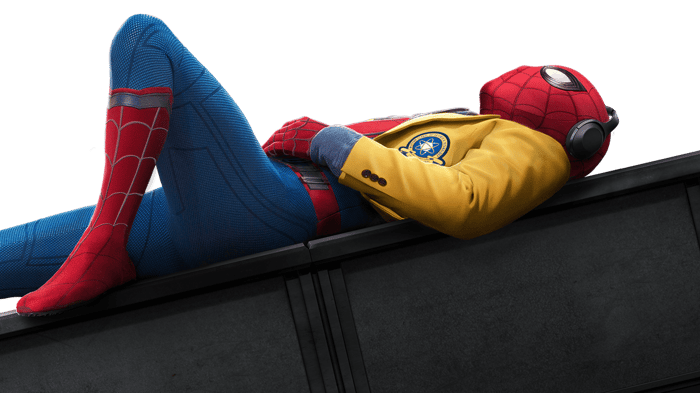 Internationally, Spider-Man: Homecoming was also a smash. It garnered $140 million across 56 markets, according to Box Office Mojo, doing particularly well in South Korea, Mexico, and the U.K. Even better news for Sony and its shareholders, that momentum should carry over into openings in such sturdy film markets as China, Germany, and France.

Marvel Studios/Disney and Sony obviously have a franchise that can last for a long time; heck, with this kind of performance it's as if they're just beginning to spin the web. Spider-Man films aren't quick or easy to make, but we can expect that at least a few more are being planned for the summers ahead.

Despicable Me 3, which despite its name is actually the fourth installment of the Despicable Me/Minions franchise from Comcast's Universal, brought in $34 million over the weekend in the U.S. The take was much higher abroad, with the movie collecting around $139 million in 60 foreign markets. China alone contributed $66 million, which was a record in that country for the opening of an animated feature, according to Box Office Mojo.

Baby Driver, another hit for Sony, continued its unexpected ride along the top three (it was No. 2 in its debut last weekend). Positive reviews, an offbeat story, and a vibrant soundtrack stuffed with good music are helping it become an early sleeper hit this summer. Baby Driver grossed almost $12.8 million over the weekend, putting its cumulative domestic take at almost $57 million. Abroad, it has grossed $14 million during its run.

The next franchise tentpole to hit the big screen will be War for the Planet of the Apes, the latest installment of the simian saga released by 21st Century Fox's (FOX) (FOXA) Twentieth Century Fox, The film will make its debut this coming weekend.

Interestingly, Fox has not only released all four of the modern Planet of the Apes films, it was also the company that brought the original 1960s/1970s series to theaters.

War For the Planet of the Apes will probably take the box office crown, although those looking for lighter fare might instead opt for romantic comedy The Big Sick, which gets a wide release from Lionsgate later this week. Horror fans can get their scare on with the debuting Wish Upon from privately held Broad Green Pictures.