The healthcare sector is riddled with companies that are long on potential but short on profits. For that reason, it makes sense to be extremely picky about which stocks you choose to buy.

So which healthcare stocks do we think are worth the risk right now? We asked that very question to three Foolish investors, and they picked Bristol-Myers Squibb (NYSE:BMY), Celgene (NASDAQ:CELG), and Mazor Robotics (NASDAQ:MZOR). 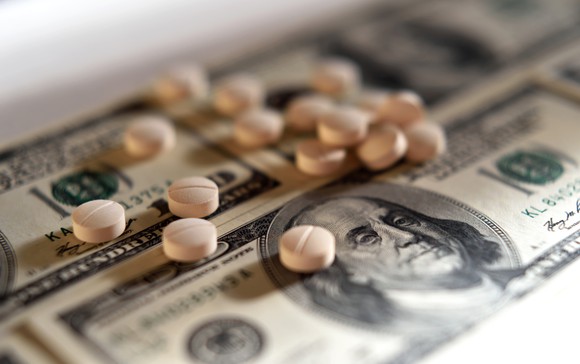 This cancer immunotherapy giant is worth a look

You could say Bristol-Myers' stock fell off a cliff last summer after reporting very disappointing results from its CheckMate-026 study involving cancer immunotherapy Opdivo as a first-line monotherapy treatment for patients with advanced non-small cell lung cancer (NSCLC) and tumors with PD-L1 expression of at least 5%. Not only did Opdivo fail to hit its primary endpoint, but the placebo chemotherapy arm actually topped Opdivo in terms of median progression-free survival. Up until this trial, Opdivo had been unstoppable, leaving rival Keytruda from Merck in the dust. This failure in first-line NSCLC, coupled with Keytruda's success in patients with greater than 50% PD-L1 expression in their tumors in first-line NSCLC, evened the playing field between Merck's and Bristol-Myers' immunotherapies -- much to the dismay of Wall Street.

Though investors absolutely beat up Bristol-Myers' share price over the results, they've overlooked the key point that Opdivo has an opportunity to be a foundational treatment for a host of cancer types. It's already approved in second-line renal cell carcinoma, second-line NSCLC, and advanced melanoma, just to name a few indications, and it's being tested in dozens of other trials. Though CheckMate-026 was a setback, it's far from a death blow to Opdivo. Peak sales estimates for Bristol-Myers' lead drug range from as low as $6 billion to as much as $12 billion -- even after the CheckMate-026 failure. For context, Opdivo generated $1.13 billion in sales in Q1 2017 ($4.5 billion extrapolated for the full year), suggesting it still has plenty of growth ahead.

Bristol-Myers Squibb and partner Pfizer (NYSE:PFE) also have a massive and growing opportunity with the leading oral anticoagulant Eliquis. Worldwide sales of Eliquis, a drug that veritably mopped the floor with warfarin in a head-to-head study, grew by 50% in the first quarter to $1.1 billion. Organic growth in existing label indications, steady pricing power, and possible label-expansion opportunities create a future whereby Eliquis sales may still have room to expand.

Put this all together and we get a company that Wall Street believes can grow EPS by 56% between 2016 and 2020, yet it's valued at levels not regularly seen since 2014. This top pharma stock looks like a great deal for healthcare investors.

George Budwell (Celgene): When it comes to growth, you really can't beat the blue chip biotech Celgene Corporation. Celgene, after all, is forecast to grow its top line at a whopping 16% compound annual growth rate over the next five years, making it one of the fastest-growing biotech companies in the world.

The real reason this top healthcare stock is a buy, though, is the ongoing diversification of its rapidly growing revenue stream. Although Celgene's multiple myeloma drug Revlimid did make up about 62% of its total revenue in 2016, for instance, this figure is expected to drop markedly going forward due to Celgene's emerging footprint in psoriatic arthritis with Otezla, and its likely entrance into the high-value multiple sclerosis market with ozanimod in the not-so-distant future.

Otezla is forecast to see peak sales of around $2 billion, and ozanimod has the potential to generate an impressive $6 billion at peak. Taken together, these two drugs should greatly diversify the biotech's revenue stream, and help the company achieve its stated goal of maintaining an industry-leading growth profile over the next five years or so.

As an added layer of value, Celgene also has a strong presence in the immuno-oncology space via its various external partnerships. While the biotech has run into some setbacks in this endeavor (and its $1 billion investment in Juno Therapeutics is starting to look questionable as a result), the bottom line is that Celgene's immuno-oncology pipeline is so diverse that something should eventually pan out.

This robotic surgery company has room to run

Brian Feroldi (Mazor Robotics): It isn't hard to figure out why more and more spine and brain surgeons are warming up to Mazor Robotics' surgical products. The company's Renaissance system and Mazor X products use computer-guided motion to assist with the placements of screws and implants during surgery. This greatly increases accuracy, which leads to lower complication rates, reduced post-surgery pain, and far better health outcomes.

Given the benefits, perhaps it isn't too surprising to learn that Mazor has already successfully sold more than 150 systems around the world. That's an impressive achievement, since a fully loaded Mazor system can cost more than $1 million upfront. What's more, each procedure that is performed on a Mazor system requires the use of disposable instruments, and customers are required to sign an annual servicing contract. Given the costs, you can bet that providers put the company's products under the microscope before they sign a purchase order.

Mazor's success hasn't gone unnoticed by others. In fact, medical device giant Medtronic recently made an investment in Mazor and signed a partnership agreement to assist with the commercialization of its products. Mazor's shares have been red hot since the deal was first announced, which has worked out beautifully for long-term investors like me.

While the recent run has been enjoyable, there are still plenty of reasons to believe that Mazor is just getting started. Management estimates that its Renaissance system could be used on roughly 500,000 procedures each year in the U.S. alone. That number is massive when compared to the 5,000 Mazor procedures that were performed in the U.S. last year. That means that this small-cap has plenty of room left for future expansion, which is why I think it is a smart buy today.