President Trump may have won praise from both sides of the aisle when he revealed his intent to modernize America's aging infrastructure, but he also won the hearts of companies that would benefit from such an initiative -- companies like water utilities. Although his attention to the nation's infrastructure seems to have fallen by the wayside, though, it doesn't mean water utility stocks should be forsaken.

Since demand for water isn't diminishing anytime soon, water utility stocks still have room for plenty of growth. So let's dive in and get to know two of the industry's leaders, Aqua America (NYSE:WTRG) and American States Water (NYSE:AWR) a little better, to see which one offers investors the best opportunity. 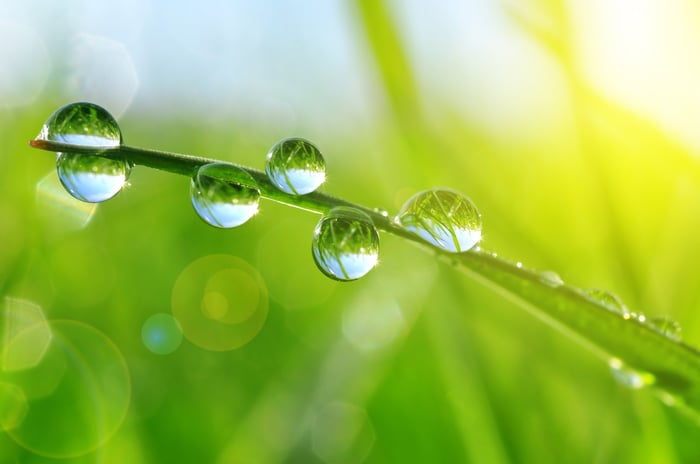 Getting our feet wet

The third-largest water utility by market cap, Aqua America has been providing water services for more than 130 years. Currently, it serves more than 3 million customers across eight states. In business since 1929, American States Water is a regional operator that deals in more than just water. In addition to its 261,000 water utility customers spread throughout 10 counties in California, American States Water also distributes electricity to Southern California's recreational area, Big Bear.

To round out this introduction to the two companies, let's compare them on some common metrics.

A quick look at the companies' financials reveals that there's no runaway winner. American States Water may have swam in more profits last year, but Aqua America has been more successful over the past three years at converting shareholders' investments into profits. Having been briefly introduced to these two companies, let's jump in with both feet and get to know them better.

Although investors familiar with water utilities don't expect dazzling growth on the companies' top lines, they do expect growth. In this regard, Aqua America is successful. Over the past five years, its revenue has risen at a compound annual growth rate (CAGR) of 1.77%. Because Aqua America maintains operations across eight states, it mitigates the risk associated with adverse regional weather phenomenon -- something with which American States Water is all too familiar. Due in large part to the drought that has ravaged California, American States Water over the past five years has had a revenue CAGR of negative 1.36%. Although weather experts contend the drought is now over, there's no guarantee that a similar event won't happen in the future.

In conjunction with growing revenue, Aqua America has seen an increase in its cash flow. Achieving an increase of more than 7% from the $368 million that it reported in fiscal 2012, Aqua America reported operational cash flow of $396 million in fiscal 2016. American States Water's cash from operations, on the other hand, has ebbed over the same time period, falling by more than 4%. 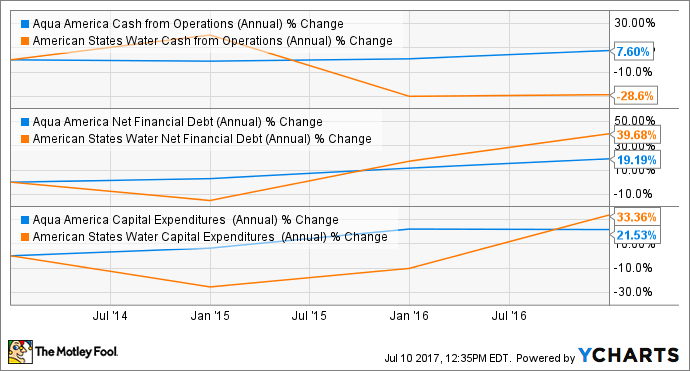 The case for American States Water

Growth in both revenue and cash flow growth are only two reasons among many to believe Aqua America is the more appealing opportunity; nonetheless, American States Water may attract investors with a more conservative bent. In spite of increasing its debt load more than Aqua America over the past few years, American States Water is currently less reliant on leverage and more liquid.

Also, with the worst of the California drought apparently behind it, American States Water may be on the verge of reversing course from the declining revenue and cash flow it has recently endured. 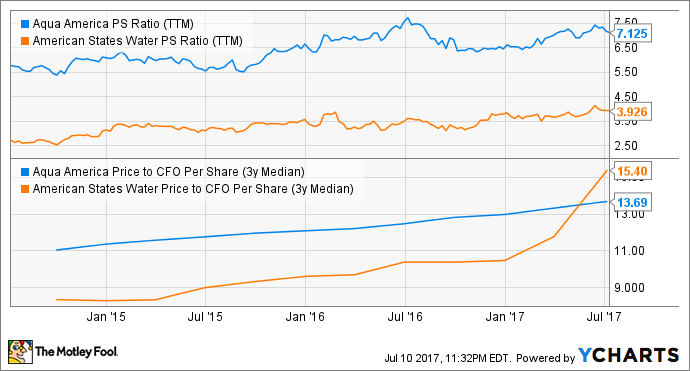 Undoubtedly, the better choice for investors at the moment is Aqua America. Beyond the fact that Aqua America's customer base entails a larger geographic footprint, which doesn't subject the company to the same risks as a regional operator like American States Water, Aqua America has demonstrated consistent growth that shows no signs of stopping. To confirm that the company remains on the right track moving forward, investors can look for it to continue its steady revenue and cash flow growth while executing its growth-through-acquisition strategy.