For a company that has risen to such prominence in its industry, Expedia (NASDAQ:EXPE) doesn't have a long origin story. That being said, it has traveled a fairly circuitous route from low-key beginnings to the nearly unavoidable online travel giant it is today. Here's a brief rundown of where Expedia comes from, and where it stands now. 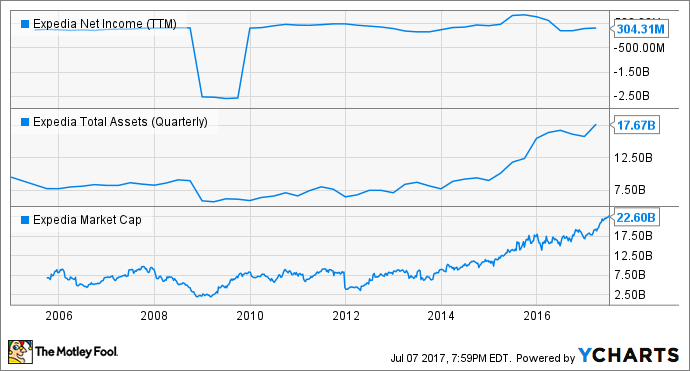 Expedia began life as a humble website. It was created in late 1996 by Microsoft (NASDAQ:MSFT), then as now functioning as an online travel booking portal.

As the dot-com era of the late 1990s gathered steam, Microsoft decided to float a small piece of Expedia in an IPO in 1999. The issue was a smashing success; launched on a buoyant market hungry for new online stocks, Expedia's shares closed more than three times higher than the IPO price on their first day of trading on the Nasdaq. A stock market star was born.

The new millennium saw Expedia fall into a habit it's maintained ever since. In January 2000 -- again, not wasting much time -- it made its first acquisitions, snapping up a pair of travel websites. These were hotel consolidator Travelscape.com and alternative lodging specialist VacationSpot.com; together, the pair cost it roughly $153 million in stock and warrants. 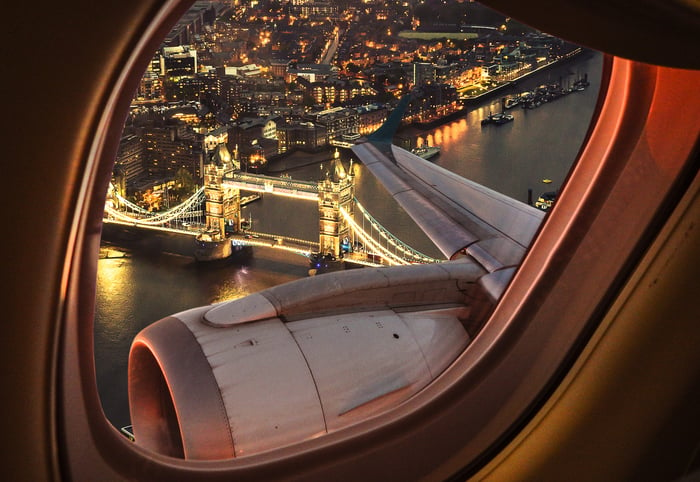 The following year, the acquirer became the acquired when a majority stake in Expedia was bought by the company that would later be known as IAC. In 2005, Expedia was packaged with other IAC travel assets -- such as TripAdvisor (NASDAQ:TRIP) -- and spun off into a separate, publicly traded business under its original name.

As the decade wore on, Expedia returned to its old acquiring ways, opening its wallet for assets such as European hotel reservation company Venere, and the self-explanatory CarRentals.com. Meanwhile, it achieved enough prominence (and market value) to be added to the S&P 500 index, a position it still occupies.

The financial crisis of the late 2000s hit Expedia's results hard, driving its stock down to a new low in early 2009. The bad times didn't last, though. Online travel booking grew exponentially once the world crawled out of the economic murk, and Expedia's fundamentals and stock price started to improve.

So far, the 2010s have been a time of expansion and consolidation for Expedia, and the occasional divestment.

At the end of 2011, it spun off TripAdvisor into a separate, publicly traded company. These days, TripAdvisor is an energetic and ambitious rival -- although because of recent adjustments, its share price is well down from the peaks it hit in 2014.

The story of hotel search specialist Trivago (NASDAQ:TRVG) is similar to that of TripAdvisor, but with a different ending -- Expedia gained a controlling stake in it in 2013 and held on to it even through the company's 2016 IPO. Since then, Trivago's stock price has risen more or less steadily and is up by almost 87% across its lifetime.

But TripAdvisor and Trivago were hardly Expedia's only revenue-producing units. It continued to pack new strategic assets into its suitcase, buying familiar names Travelocity, HomeAway, and Orbitz Worldwide in the busy year of 2015.

Since then it's slowed the pace of shopping but has still kept an eye out for attractive buys; In May it announced it had reached an agreement to buy a majority stake in U.K.-based train ticketing service SilverRail.

The travel industry is in a good place these days, with lower fuel prices (a major cost item for airlines) and a still-buoyant domestic economy contributing to robust overall growth.

With its big, constantly growing portfolio of travel assets, Expedia has benefited from this trend -- at least in certain key fundamentals. Gross bookings increased a robust 14% year over year in its Q1, feeding revenue growth of 15%. Although it landed in the red -- among other factors because of what it describes as "aggressive investments in selling and marketing and technology and content" -- it managed to narrow its net loss.

For the most part, though, Expedia has been a profitable company and has had the resources to keep expanding its portfolio.

We can expect this top-line growth/acquisition dynamic to continue for Expedia, since the broader travel market still has legs. Plus, there always seems to be a new, up-and-coming online travel business on the scene; Expedia has the financial firepower and the desire to buy such assets. All things considered, it should continue to be a top name in online travel over the foreseeable future.