Retirees have a different set of financial priorities than their younger counterparts. Instead of seeking high-growth investments, these investors should focus on owning lower-risk stocks that also provide a steady stream of income.

Which stocks do we think are a good choice for this age cohort? We asked that question to a team of Motley Fool investors, and they picked Ford (NYSE:F), Verizon Communications (NYSE:VZ), and NextEra Energy (NYSE:NEE). 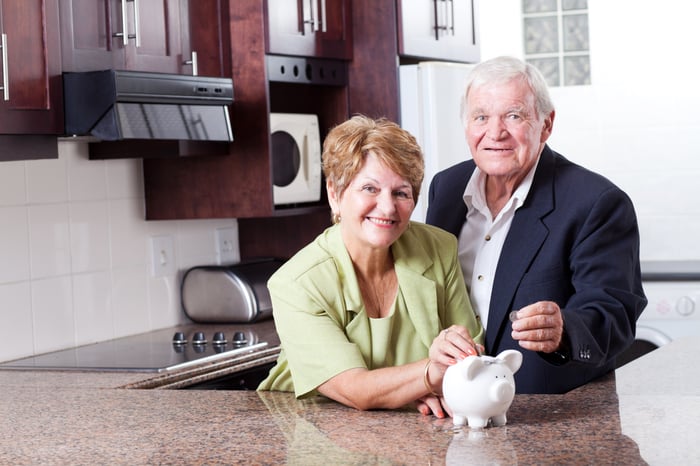 An American icon with a monster dividend

John Rosevear (Ford): Everybody knows Ford, an iconic American brand that has undergone a renaissance over the last decade or so. But why is it a good stock for retirees now? Consider the following:

To be clear, there are a couple of reasons why Ford's stock is cheap right now. First, Wall Street is concerned that the U.S. new-car market is slowing, which could squeeze Ford's profit margins for a time.

Second, investors have had concerns about how well Ford is keeping up with rivals (notably General Motors) in terms of both future innovation and its products in the here and now. That's part of why Ford has a new CEO who has promised to aggressively address both.

My sense is that Jim Hackett is the right leader to shift the Blue Oval back into high gear. If so, Ford's profits and stock price should both climb nicely. It may take a little while for that to happen, but Ford's fat dividend will help make it easy to stay patient.

Travis Hoium (Verizon): Your golden years should be spent enjoying life, not worrying about the latest tech trends, or what part of the market is hot today. Steady companies with strong dividends are what I think investors in their golden years should value most. And Verizon is the perfect stock for those investors.

Verizon is one of only four major U.S. cellular-network operators, and it's really only competing with AT&T for customers who demand a fast, reliable, and national network. That gives it pricing power and the cash flow needed to invest in next-generation networks, like the 5G networks that are rolling out today. You can see below the free cash the company was generating when it had a bigger 4G network than competitors, and now it's investing in 5G, which it hopes will lead to a competitive advantage in 2018 and beyond. 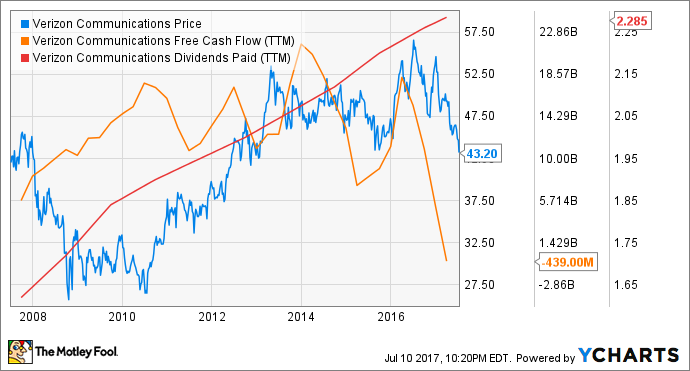 Verizon's dividend today would be enough to make it a great investment, but I think the number of connected devices will only grow in the future. And having a leading 5G network will be a huge advantage for Verizon as that happens. This should be a company that pays a great dividend for many years to come, making it a great stock for your golden years.

Brian Feroldi (NextEra Energy): Utilities are a great hunting ground for older investors since they provide an essential service and generally pay out a healthy dividend. However, NextEra Energy stands apart from the crowd because of its big push into the renewables space. Unlike other utilities that are just now starting to dip their toes in the water, NextEra has been investing heavily in renewable energy production for more than a decade. Those investments have grown NextEra into the largest producer of solar and wind power on earth.

While investing in renewables should help shareholders feel good about this company's commitment to go green, these moves are paying off financially, too. Over the last decade, these investments have helped NextEra to grow its adjusted earnings per share more than 8.1% annually. In turn, the company has been able to raise its dividend each year by a similar rate. The markets have responded to these developments by taking shareholders on a highly profitable ride. 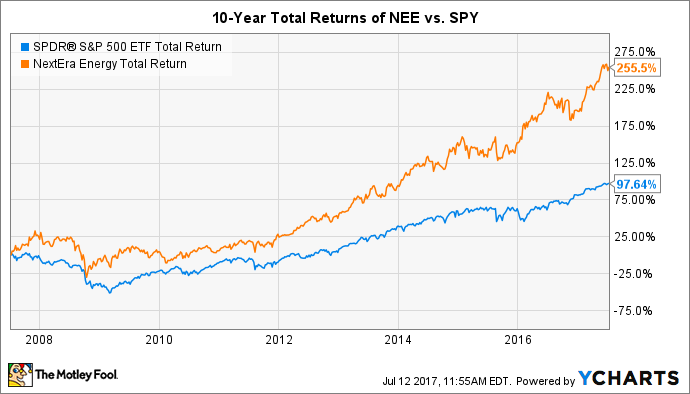 Moving forward, NextEra believes that it will be able to continue growing its profits and dividend by 6% to 8% annually over the next few years through continued investment in new growth projects. When you combine that with the company's well-covered dividend yield of 2.8% -- NextEra's dividend payout ratio is only 44% of earnings -- NextEra stands a good shot at providing investors with high single-digit total returns. That makes this an ideal stock for income investors to put on their radars.