Cara Therapeutics (NASDAQ:CARA), a clinical-stage biotech developing treatments for pain and chronic kidney disease-associated pruritus (itching), gave investors an absolutely wild ride last month. After surging higher following positive clinical updates for its lead drug candidate, CR845, in both post-operative pain and pruritis, the company's shares ultimately gave back all of these gains to end the month down by 11.3%, according to S&P Global Market Intelligence.

The cause of this abrupt about-face was the mixed top-line data readout from the phase 2b trial assessing an oral formulation of CR845 in patients with osteoarthritis of the knee or hip near the end of the month. 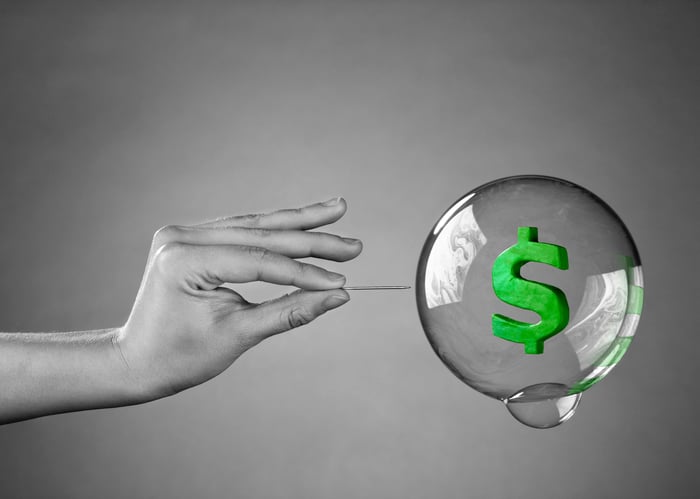 Cara's lofty goal is to transform CR845 into a disruptive new medicine for both chronic and acute pain. These disappointing mid-stage results, though, suggest that the drug may have a much tougher time than expected breaking into the multibillion-dollar chronic pain setting. So, in that sense, this double-digit pullback is arguably a fairly reasonable reaction by investors. If anything, Cara's stock seems to have gotten ahead of itself based on the litany of previous failures for experimental drugs attempting to displace problematic opioids, such as morphine and hydrocodone, as the go-to pain meds.

Despite this unimpressive outcome that only produced a mildly significant result in a small subset of patients -- those with osteoarthritis of the hip receiving the highest dose, 5 mg, in the study, Cara remains undeterred. Specifically, the company is now planning an adaptive mid-stage trial assessing even higher doses of CR845 (10mg) and emphasizing hip patients. Whether Cara is throwing good money after bad remains to be seen, but it does appear to be on to something at least with the drug's other lead indications.

Just yesterday, for example, the biotech reported positive early-stage results for the oral formulation of CR845 in chronic kidney disease patients undergoing hemodialysis. So, at a minimum, CR845 appears to be on the right track for its itching indication in chronic kidney disease patients -- a condition that feasibly could haul in upwards of $300 million in sales at its peak.

In the final analysis, Cara is undoubtedly a speculative biotech, but it does offer a fairly compelling risk-reward ratio because of CR845's diverse clinical program that gives the company multiple shots at eventually transforming into a commercial-stage operation.