Art auction leader Sotheby's (NYSE:BID) has gained nearly 40% so far this year, according to data provided by S&P Global Market Intelligence. The surge continues an impressive rally for shareholders, who have seen the stock soar over 140% since early 2016. 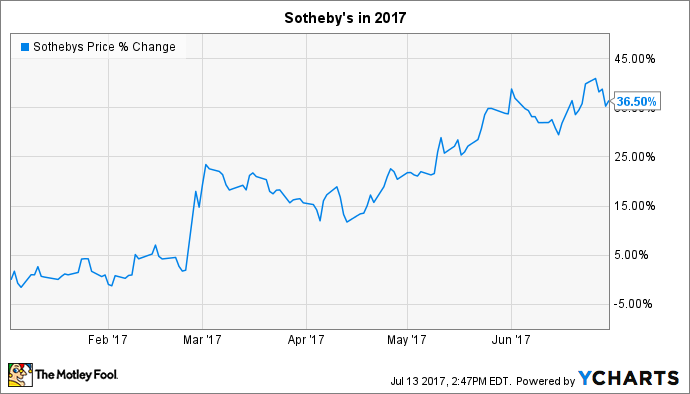 Data is for the first six months of the year. BID data by YCharts.

The latest rally can be pinned on a stabilizing global art market that's beginning to lift Sotheby's operating results. In late February, the company announced surprisingly strong figures on both the top and bottom lines. Rather than plunging 17% as Wall Street had expected, revenue fell by a more modest 8%.

Similarly, Sotheby's earnings beat management's expectations by a wide mark. "These results reflect growing confidence in the market," CEO Tad Smith said in a press release at the time. 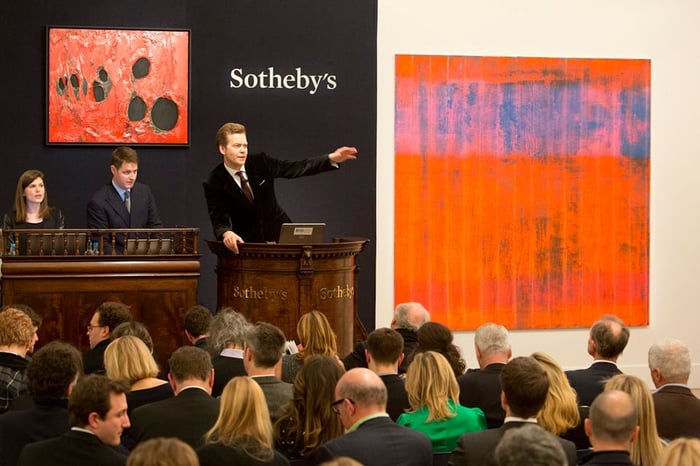 Sotheby's first-quarter report, announced in May, included a sharp spike in revenue that executives said once again reflected rising confidence on the part of art collectors. "The market is starting to show signs of strengthening," they explained in a conference call with investors.

Sotheby's business is highly seasonal, with roughly 80% of sales occurring in the second and fourth fiscal quarters. Consensus estimates are calling for a 5% boost in revenue in the second quarter, to $315 million, as earnings tick up to $1.52 per share from $1.51 per share in the prior-year period.

More importantly, for this rally to continue, investors will need to see a firm stabilization, if not rebound, in the art market over the next few quarters. Given the improving results lately, such a turnaround is likely to power solid profit growth for the auction giant.