Ubiquiti trades at a discount to the market despite strong earnings growth and a large future opportunity. Here's what investors are missing.

On Ubiquiti Networks (UI -0.25%) last quarterly conference call, one Bloomberg analyst felt the frustration of CEO Robert Pera when their question was met by Pera telling them to "do some homework." His frustration is somewhat understandable as, according to Yahoo! Finance, among the analysts who follow the company, only one out of nine rates Ubiquiti a buy, with five holds and three sells. This is all while Ubiquiti has reported strong year-over-year earnings growth, yet its stock trades at an undemanding 17.2 trailing price-to-earnings multiple.

Not only are analysts skeptical of the company's prospects, but they also seem to be ignoring a massive growth opportunity referenced in that testy exchange. That particular analyst had voiced skepticism regarding Ubiquiti's ability to sell to high-end enterprises, while Pera claimed it was already happening. 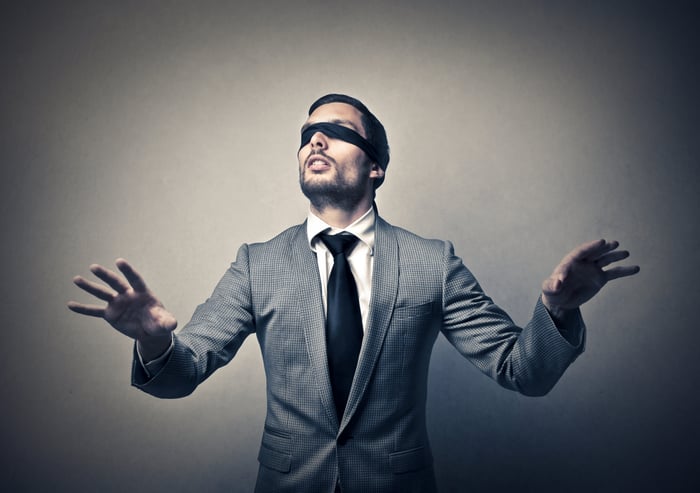 At the end of the first quarter, Ubiquiti rolled out a new service called Unifi Elite. Elite is a premium support and extended warranty offering for Unifi's suite of products, with a secure controller hosted in Ubiquiti's cloud. The announcement came on the heels of Ubiquiti's February release of a high-end wireless access point called the Unifi AC-HD. The combined offerings mark a new chapter for the company as it tries to go up-market with higher-priced offerings.

Traditionally, Ubiquiti's Unifi segment -- the platform of wireless access points, switches, routers, phones, and cameras -- was geared toward the small and medium-sized business market. These customers had been priced out of enterprise-grade Wi-Fi solutions before Unifi came along with license-free equipment at disruptively low prices -- as low as 10% to 30% of high-end equipment from Cisco or Hewlett-Packard. That strategy has worked well, with Unifi growing a whopping 60% year over year last quarter, surpassing Ubiquiti's older service provider segment in revenue for the first time in the company's history.

The company was unlikely to penetrate larger enterprises, however, due to its self-service model. Instead of employing a traditional sales force and customer service team, Ubiquiti had instead directed customers to its large Ubiquiti online community of professional installers. That lean model allowed for very low prices, which also made extended warranties unnecessary (as customers could just buy a new piece of equipment if one failed).

In addition, Unifi Elite will offer premium phone-based support, an extended warranty for all licensed devices, priority fulfillment, the latest updates for controller software, and 24/7 controller access in Ubiquiti's secure, scalable cloud. Customers pay $20 per month for each controller and an annual license for each device. Licenses are 67% to 90% cheaper than traditional licenses offered by the aforementioned vendors.

In other words, Ubiquiti has now built a platform that gives higher-end enterprises the warranty and support platform they would need to feel comfortable switching to Unifi. But will it work?

Ubiquiti is new to the enterprise game and does not employ a sales force, so the analyst was skeptical the company could succeed. Professional sales forces are traditionally how enterprise vendors interact with CIOs and CTOs, but Pera fought back against conventional wisdom:

If you look at Ubiquiti through the lens of a traditional enterprise sales model, you're not going to understand how we succeed... UniFi and Wi-Fi is just the beginning of UniFi's platform potential. And it's more than just about technology, it's about changing how all of this IT enterprise sales cycle works.

Of course, it's possible high-end enterprises will continue to regard Ubiquiti's solutions with skepticism. Still, Ubiquiti is looking to disrupt a large $21 billion enterprise IT market dominated by huge companies, and Unifi's revenue was only $113 million last quarter, good for less than half-a-billion-dollar run-rate, so the opportunity seems very large.

What's more, the company trades at only 17.2 times earnings, a discount to the S&P's 25.6 earnings multiple. At that valuation, the market doesn't seem to be pricing in any potential enterprise penetration, so investors are getting this potential large earnings stream for free.

While analysts don't agree, Ubiquiti seems undervalued considering its potential to sell higher-end equipment to larger enterprises. With a motivated founder that owns approximately 70% of shares, a lean business model and large addressable market, 17 times earnings is more than a fair price to pay for this rule-breaking company.