The stock market can seem to fall in and out of love with stocks at a moment's notice, creating great buying opportunities for investors. And sometimes it doesn't seem that valuations make any sense at all.

Our Foolish investors have found three stocks they think the market is completely missing the boat on. Here's why they picked Hanesbrands Inc. (NYSE:HBI), Masimo Corporation (NASDAQ:MASI), and Verizon Communications (NYSE:VZ). 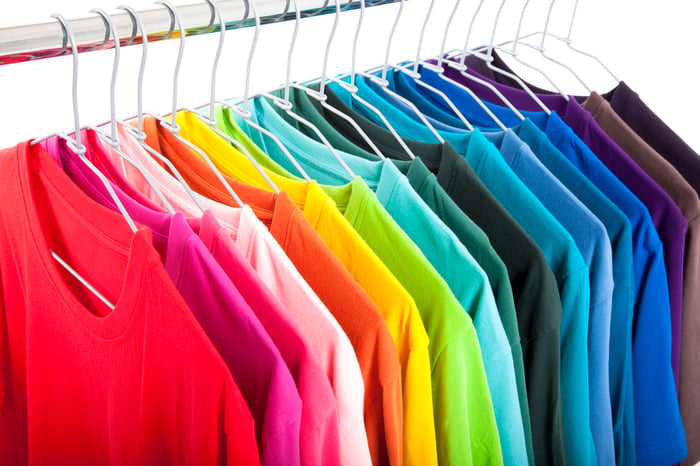 Tim Green (Hanesbrands): With so many headlines dedicated to the largest companies, it can be easy to forget that there are thousands of U.S. stocks available. It's impossible to keep up with all of them, so it's not surprising that the market misses the boat on some solid investment opportunities.

Hanesbrands, which owns well-known apparel brands including Hanes, Champion, Playtex, and Wonderbra, is one such company. Shares of Hanesbrands took a dive earlier this year when revenue and earnings came up short of expectations, but they've been slowly moving higher since. The stock is still well below its peak reached in 2015, but it could find its way back if the company can put together a string of positive earnings reports. 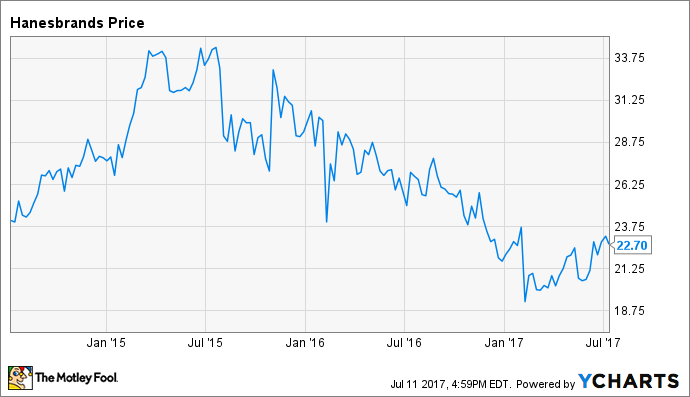 Hanesbrands' core innerwear business is in a funk, with sales down 5.9% year over year during the first quarter. The activewear business performed better, with sales rising by 3.4%, and international sales surged 71% thanks to acquisitions. The ongoing shift of retail sales online presents a challenge for Hanesbrands, with the company blaming weak retail traffic for the innerwear decline.

Analysts are expecting Hanesbrands' to grow revenue by 6.9% this year and produce adjusted EPS of $1.98. That puts the PE ratio at just about 11.5. While the upheaval in the retail industry creates some uncertainty, shares of Hanesbrands look like a good deal for investors willing to ride out the storm.

A healthcare stock worth monitoring

Cory Renauer (Masimo Corporation): This hidden medical technology gem doesn't get nearly as much attention as it deserves. The stock has soared about 281% over the past three years, but it's still flying under Wall Street's radar. Just three analysts bothered tuning in for the company's latest quarterly earnings call.

Wall Street may be missing the boat on the new leader of oxygen monitoring devices, but that doesn't mean it's too late for individual investors to climb aboard. In fact, I'd argue that Masimo's best days lay ahead. Although you've probably never heard of the company, you've almost certainly been attached to one of its oximetry devices (or at least one that contains noninvasive vital sign monitoring technology owned by Masimo).

In the years ahead, it might be nearly impossible to find a hospital, long-term care center, or primary care provider that doesn't employ a Masimo product. After successfully protecting its intellectual property from infringement by the Dutch device giant Koninklijke Philips, the former rival is now a major partner. Philips makes IntelliVue monitors, which monitor a patient's breathing, heart rate, and blood pressure. New versions of the ubiquitous monitors will also provide healthcare providers with constant measurements of important blood oxygen information that previously required an invasive blood draw.

While Masimo will see a direct bump in sales from the monitors, the long-term effect of integrating this technology into the popular patient monitors could be huge. Philips represents more than half of the high-acuity monitoring market. Once healthcare providers around the globe become familiar with the benefits of constant oximetry monitoring, they're likely going to drive demand for Masimo's products through the roof.

A stock at the center of the 5G revolution

Travis Hoium (Verizon Communications): It may sound crazy that the market is missing the boat on a company worth $177 billion, but I think that's the case with Verizon.

Since 2000, Verizon's stock is down 27% while revenue more than doubled and net income rose 58%. But where I think the market is missing the boat is the incredible potential of 5G technology, where Verizon will be a clear leader.

The number of connected devices is already surging, and according to Gartner, connected things will increase 31% to 8.4 billion in 2017. Cisco's Visual Networking Index takes that a step further and predicts that 27.1 billion devices will be connected by 2021 and the average American will have 23 connected devices. 23!

Right now, most of the increase in connected devices is coming in the home and from static devices like smart TVs or connected machines in a factory that don't require a cell network. But 5G speed of 10 gigabits per second (as much as 1,000 times faster than LTE) or more will absolutely change the game for connected devices. It will enable self-driving cars on a broad scale, a new level of virtual reality, and innovations that haven't even been thought of yet. With arguably the best network in the U.S., Verizon will be at the center of the 5G revolution. And that's an incredible growth opportunity for a stock trading at just 14.6 times trailing earnings with a 5.4% dividend yield.