There was quite a bit going on in the markets this week, with retail in the spotlight -- though not for a good reason. According to the government, sales at retailers nationwide dropped 0.2% in June, which was the second consecutive decline and equal to the largest drop this year. That performance suggests the U.S. economy hasn't jumped as strongly as anticipated after a meager first quarter. We'll wait to see if that news has any implications for the Federal Reserve's interest-rate plans, but for now here are some other major retailing stories from the week.

Amazon can do anything you can do

Amazon's "Smart Home" service is only in seven major markets so far -- Seattle; Portland, Ore.; and five California locations: San Francisco, San Diego, Los Angeles, Orange County, and San Jose. This is Amazon's attempt to connect the dots between its products such as Alexa and smart-home solutions that include anything from thermostats to home security systems, and nearly anything in between -- even light bulbs. 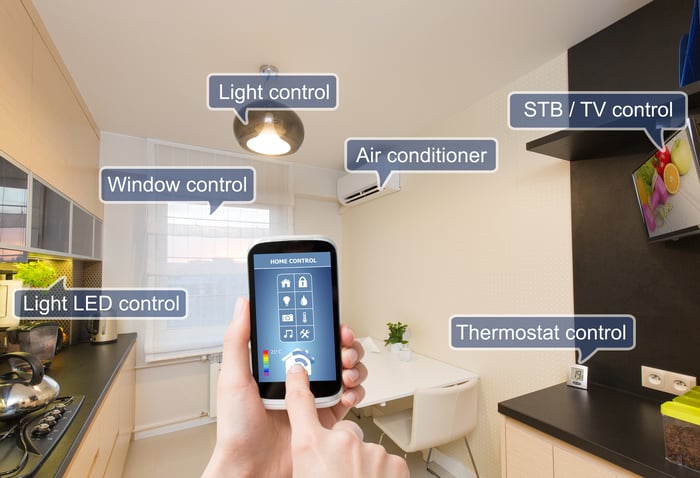 Another angle for investors to consider in light of this news could include the acquisition of Control4 (NASDAQ:CTRL) or a similar company. This is complete speculation on my part, but if Amazon gets serious about doing more in the smart-home service area, Control4 offers a premium smart-home solution, with costs ranging from $1,000 all the way up to $50,000 and a target consumer with annual household incomes higher than $150,000. Control4 already has a sizable footprint in 91 countries and a network of roughly 5,000 retailers and distributors. This wouldn't be a move Amazon would make anytime soon, as it already has its hands full with recent acquisitions, but it's certainly an intriguing company for investors to watch as this scenario plays out.

Abercrombie & Fitch (NYSE:ANF) has a widely recognizable brand, but that can't stop the retailer from suffering right along with many other clothing retailers that have a major presence in malls around America. Mall traffic is in decline, with e-commerce stealing more transactions every day. And this week didn't bring any better news for the retailer, as its stock shed roughly 25% of its value after a potential sale of the company never materialized.

"After a comprehensive review of all relevant factors, with the assistance of our financial advisor, the A&F Board of Directors determined that the best path to enhance value for stockholders is the rigorous execution of our business plan," said Arthur Martinez, executive chairman of the board, in a press release.

With the stock shedding about one-fourth of its value this week, investors are selling the idea that a companywide turnaround is in the making anytime soon. The recent trends speak for themselves, with the namesake Abercrombie brand seeing its comparable sales falling 10% during the last quarter. That was only slightly offset by a 3% increase from its Hollister brand, with an overall decline of 3% when all brands are taken into account.

With malls dying a slow death and a lacking e-commerce story from Abercrombie, it's not all that surprising that none of its partners discussing a sale pulled the trigger. It's time for investors to look elsewhere for a value stock.