Shares of Control4 Corporation (NASDAQ:CTRL), a leading provider of automation and premium control solutions for the connected smart home, are soaring 10% on Friday after it was announced the young company will replace Albany Molecular Research Inc. (NASDAQ:AMRI) in the S&P SmallCap 600 effective prior to the Tuesday, Aug. 22 opening bell.

Analysts have long debated the cause and effect of being added to an index such as the S&P SmallCap 600. Some fund managers are restricted to buying stocks from certain indexes. Therefore, Control4 being included in the S&P SmallCap 600 opens the door for some fund managers to purchase shares, which drives up demand and the stock price. But other analysts believe the reason behind Control4’s addition to the index was higher earnings, which could have led to the higher stock price.

Whichever side of the debate you agree with doesn't matter because Control4's business is growing and its stock has exploded over the past year and a half. 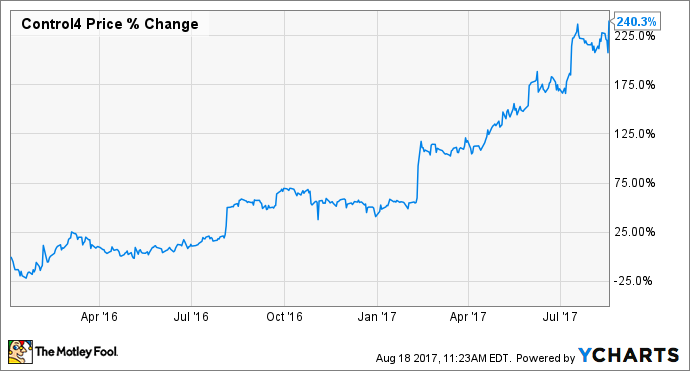 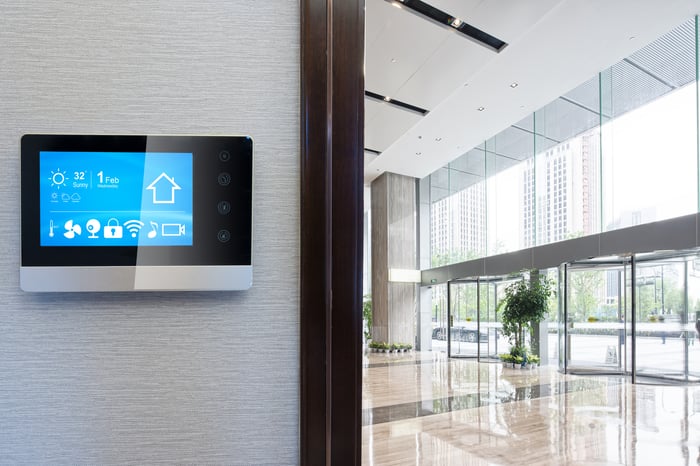 Control4 recently topped analysts' estimates during the second quarter generating adjusted earnings-per-share of $0.32, compared to estimates calling for $0.23 per share. And its bottom line is poised to thrive as it expands its user base as the world continues to become more interconnected. Control4 has carved out its niche in the super premium end of the smart home products and services with typical costs ranging between $1,000 to $50,000 with the number of devices ranging between 25 to 125. The company's target household income is $150,000 and with only about 1.4% penetration as of March 7, 2017, there is ample room for expansion. Its recent addition to the S&P SmallCap 600 is a sign that business is good.