Microsoft (NASDAQ:MSFT). It's one of the world five largest publicly traded companies. It employs 121,000  people around the world. Its software runs on over a billion devices globally. By every measure, it is one of the most important companies on Earth.

But those are just the hard facts about Microsoft. They're far from the most interesting, and sometimes funny, things to know when it comes to the global software colossus. Let's look at nine facts and figures you may not have known about Microsoft.

1. Brian Eno and the Windows 95 jingle

Ambient-music pioneer and record producer Brian Eno created 84 jingles before landing on the right set of tones and effects for the Windows 95 jingle. Eno was tasked with condensing a wide array of emotions, including being "inspiring, universal ... optimistic, futuristic, sentimental, emotional," into a mere 3.25 seconds. The project was also said to have helped Eno break through a creative logjam in his own work.

Microsoft employees bring M&Ms to co-workers to celebrate their work anniversaries. Tradition dictates that they bring one pound for each year an employee has worked at the company.

Though Microsoft is synonymous with software, its experiments with hardware go as far back as 1983. But may would agree that the low point in its hardware efforts came with the Zune portable MP3 player, which was voted one of the worst tech products of all time. But things are getting better. More recently, Microsoft has made significant progress with its hardware strategy, and its new suite of Surfaces hold their own against Apple's Macs and iPads. 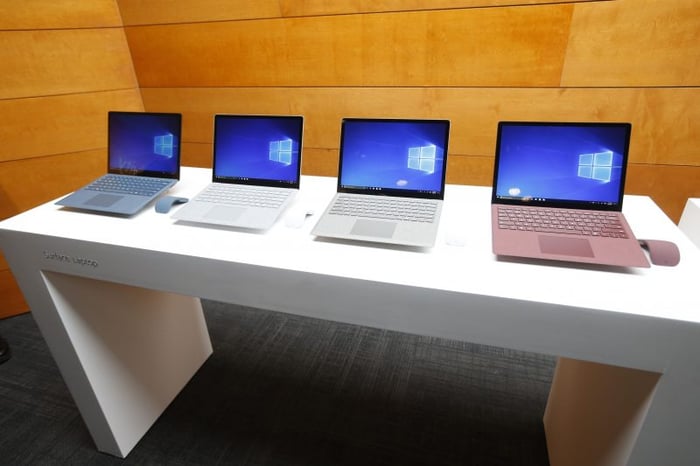 During the transition that saw Steve Jobs return to Apple, Microsoft purchased $150 million of non-voting shares in the Mac maker at a point when it was only a few weeks away from bankruptcy. Given Apple's astronomical comeback in the decades since, a comeback that certainly cost Microsoft, you have to wonder whether then-CEO Bill Gates would make the same investment with the advantage of hindsight.

Microsoft's popular Xbox gaming console launched in 2001. Its name is a shortened version of the term "DirectX Box," which is the name of the software code that enables high-performance gaming on Windows.

The software giant owns one of the largest corporate art collections in the world. It displays its 5,000-piece collection throughout 130 of its office buildings in North America.

There's an eerie correlation between the tenures of Microsoft's three CEOs and its stock price. 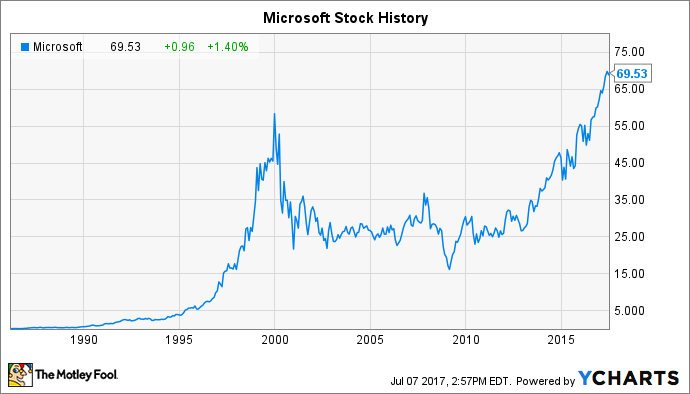 Bill Gates ran Microsoft from its founding through January 2000, when he handed over the top job at the software giant to Steve Ballmer, who in turn handed over the reins to current CEO Satya Nadella  in February 2014. Nadalla's bold reorganization of Microsoft has helped align the company capitalize on new tech paradigms, such as mobile and cloud computing, and have also helped Microsoft stock reach fresh all-time highs.

Microsoft's dominant PC operating system was originally slated to be named the much blander "Interface Manager" before its 1983 release. However, the company's marketing department interceded to name the software the far more friendly Windows, and one of the most successful computing franchises was born.

In the run-up to the year 2000, people worried that a worldwide glitch in computer software would lead to critical malfunctions in computers and computer networks. "Y2K" was a worldwide concern at the time.

To address the Y2K scare, Microsoft created a position called the "Director of Year 2000 Readiness." It produced extensive content and documentation for the scare that never was.