The iPhone maker seems open to settling, but doesn't think it's likely.

Mobile chip giant Qualcomm's (QCOM 3.14%) legal risks continue to mount. The Federal Trade Commission's legal complaint against the company is moving forward, while Apple's (AAPL 2.62%) separate but similar legal battle is expanding and escalating further. However, Qualcomm CEO Steve Mollenkopf is confident that Qualcomm will eventually be able to settle with Apple.

Speaking at a tech conference in Aspen this week, Mollenkopf noted that Qualcomm is no stranger to legal battles, adding that "those things tend to get to resolved out of court and there's no reason why I wouldn't expect that to be the case here," according to Fortune. The chief executive cautioned that no agreements have been made and Qualcomm has nothing to announce officially at this time. 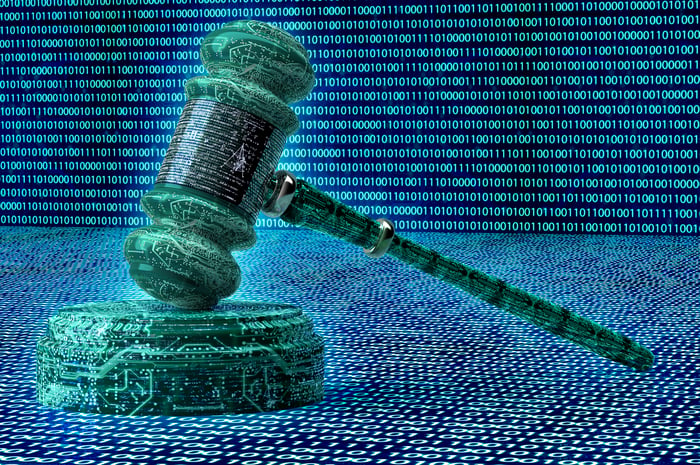 What does Tim Cook think?

Apple CEO Tim Cook has dropped a few hints on the past couple of conference calls regarding the prospect of settling with Qualcomm. In January, an analyst referenced  these comments that Cook made on the April 2012 call (emphasis added):

I've always hated litigation, and I continue to hate it. We just want people to invent their own stuff. And so if we could get to some kind of arrangement where we could be assured that's the case and a fair settlement on the stuff that's occurred, I would highly prefer to settle versus battle.

The litigation in question that time around was Apple's case against Samsung, the one that Cook inherited from Steve Jobs, who initiated the lawsuit in April 2011 (you probably recall Jobs' famous "thermonuclear war" comment). When asked in January whether Cook still feels this way regarding litigation and Apple's current case against Qualcomm, Cook replied:

I feel the same way I did in April of 2012. I don't like litigation and view it as a last resort. And so you should take from our filing that we viewed it as we didn't see another way forward.

I don't like litigation and so if there's another way, then that would be great. But at this point, I don't see it. I fully expect at this point in time that it will take some time, but in the end, I think common sense will prevail and the courts will see it for what it is. And so that's the way I see it.

Cook is very clearly open to the idea of settling, but doesn't see that happening anytime soon. When discussing the case again on the May earnings call (after Apple began withholding royalty payments via its contract manufacturers), Cook again cast doubt on the prospects of settlement since the two companies' positions are so far apart, while still suggesting that he's open to settlement (emphasis added):

In terms of why we're withholding royalties, you can't pay something when there's a dispute about the amount. You don't know how much to pay. And so they think we owe some amount. We think we owe a different amount. And there hasn't been a meeting of the minds there, and so at this point, we need the courts to decide that unless we are able to, over time, settle between us on some amount. But right now we're depending upon the courts to do that, and so that is the thinking.

Let's be clear: Both companies have a vested interest in settling. Cook loathes litigation because it's a huge distraction. Qualcomm would probably prefer to settle behind closed doors, too, because if it lost a protracted and very public court battle that essentially calls its licensing model into question, there could be broad financial implications for its business. If the courts deemed it inappropriate to charge a percentage-based royalty, other licensing customers would seek similar arrangements in order to move away from percentage-based royalties.

For now, Apple and Qualcomm are still pretty far apart, so the chances of a "meeting of the minds" appear to be remote.