Dividend checks are nice, but most companies only pay four times a year. That means you need to either create a three-month budget or find stocks with staggered pay dates if you want to replace your monthly paycheck.

A few companies, however, cut you a check each month. Companies like Vermilion Energy Inc (NYSE:VET)and Pembina Pipeline Corp (NYSE:PBA). Here's a quick look at each.

Vermilion Energy is a $3.6 billion market cap oil and natural gas driller based out of Canada. It pays monthly and currently yields around 6.5%. Despite the deep oil downturn, it's held its dividend steady at $0.215 per share a month since 2014. Debt is a little on the high side at around 45% of the capital structure, but interest expenses only ate up about 6% of revenues in the first quarter, and the company had a solid current ratio of around 1.7. 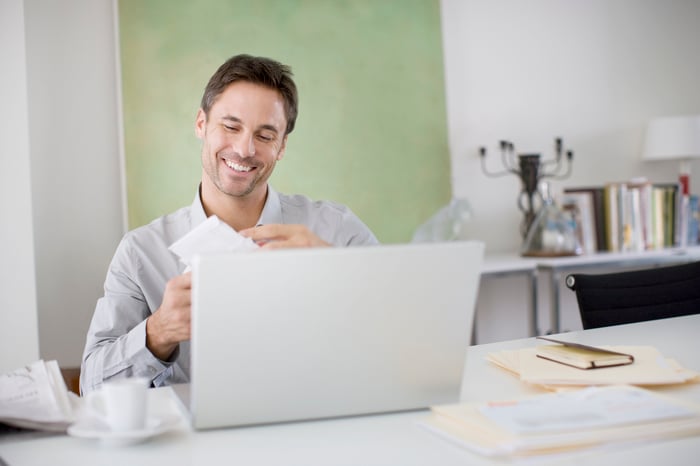 The interesting thing about Vermilion is that it's relatively small, but it has a global footprint. That includes operations in its home market of Canada and drilling businesses in the United States, Australia, Germany, France, the Netherlands, and Ireland. And it's been growing its production right through the downturn, with another 10% boost expected in 2017. One other interesting thing about Vermillion: it believes it can cover its dividend and sustain capital expenditures with oil priced as low as $40 a barrel. 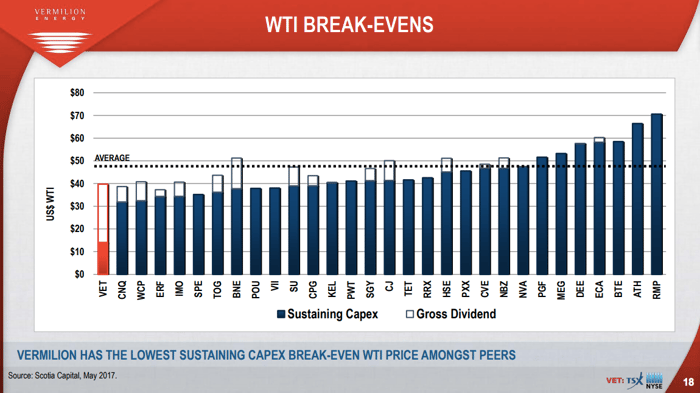 If you've been looking at oil companies, you might want to do a deep dive on Vermillion and its monthly dividend check.

If you don't like the idea of dealing with often volatile energy prices, then Pembina's midstream business may be more your speed. The current yield is around 4.8%, and the company's dividend has increased each year since it converted from a Canadian trust to a corporation in late 2010.

While you may not have heard the name Pembina before, it's a $13 billion market cap company, so it has a sizable business. Debt, meanwhile, is relatively modest at around a third of the capital structure. And it's still growing, with roughly $4 billion worth of capital projects scheduled for 2017 alone. It's also on track to complete the purchase of midstream competitor Veresen late in the year. That continues a long history of growth at the company. 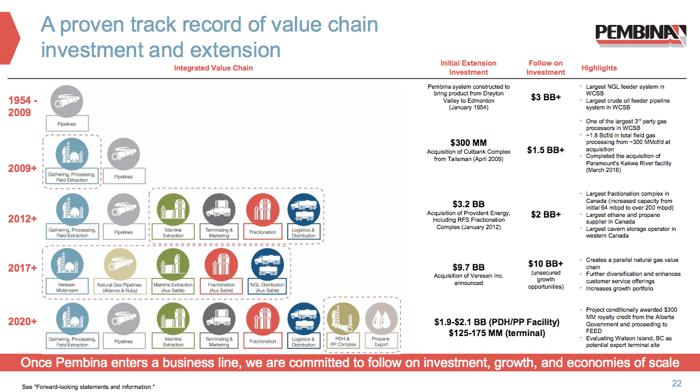 Pembina has an enviable position in the Canadian Oil Sands region, but don't think that this is just a play on Canadian pipes. The company has extended its business across the entire midstream space, from pipes to processing, terminals, and logistics. Roughly 80% of its business is fee-based, with the Veresen acquisition set to take that up over 85%. If you want a steady monthly paycheck, Pembina is worth a closer look.

Monthly dividends solve a problem that faces many retirees, namely creating a budget around just four dividend checks a year. With Vermilion and Pembina you can collect those monthly payments from old hands in the energy and midstream industries. And both handily managed the oil downturn that started in mid-2014, continuing to grow their businesses despite commodity headwinds. All in all, why not collect monthly dividend checks while investing for the future?